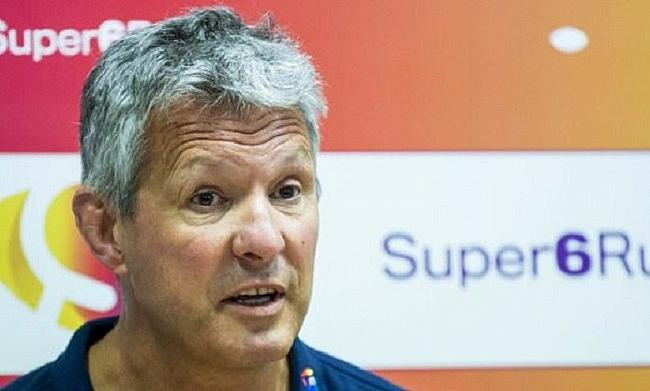 The new semi-professional Super6 league which will kick off in Scotland in November will be bolstered by a number of Scottish qualified players who currently ply their trade in England, according to Sean Lineen.

Over the last 12 months or so Super6 has been the most talked about subject in rugby circles in Scotland with six clubs - Ayr, Boroughmuir, Heriot’s, Melrose, Stirling County and Watsonians - having been awarded franchises.

The aim of the league is to create a new level between the amateur and professional game in Scotland, help the best players rise through the ranks and, ultimately, give Richard Cockerill, Dave Rennie and Gregor Townsend a wider base of talent to pick from for Edinburgh Rugby, Glasgow Warriors and Scotland.

Lineen, the former Scotland centre who previously was head coach of the Warriors, is in charge of the on-field development of the league which has caused some controversy in ‘club land’.

However, he believes the model will work given time and he has been enthused by the number of Scottish qualified players who are keen to move north of the border to get involved in year one of the ambitious project being driven forward by Scottish Rugby.

WATCH | Sean Lineen takes us through the season structure for the new Super6 Tournament which starts in November and how preparations are going for the S6 clubs. pic.twitter.com/vgTLqjJh6i

“There are a fair number of SQ [Scottish qualified] players now looking to come back into Scotland,” Lineen told TRU.

“I could name 10 now who are coming back in. I’m actually really excited about these players. They are doing it for the right reasons, maybe not the money at the moment but to put themselves in the shop window for the professional game in Scotland.

“These are guys who are in their mid-20s, playing in National One or the Championship in England and thinking they really fancy having a stab at it.

“I’m meeting with the coaches of the six sides on a regular basis, both collectively and individually, to look at recruitment, introducing the Stage 3 Academy Players who will be part of the Super6 squads, bringing in the Scottish qualified players who are looking to come back up to Scotland and finding out more about how the coaching group want to build their squads.

“The coaches are competitive beasts. They want to win and we want to develop the players collectively and consistently across the season.

“We expect players to be fitter and better conditioned, and my role is to ensure the coaches are creating the right environment off the field as well. The players will be part-time professionals and we want them to be accountable too.

“We are a small enough rugby nation to create an environment where ambitious rugby players have the opportunity to be in the shop window and challenge themselves, week in and week out, against local opposition but also cross-border too.

“I’d like to think there will be a more consistent playing level week in, week out. It will take time and it won’t be perfect straight away. We will look at year one and see what needs to improve.

“I want to make sure it is the best it can be.”

Today we share the new competition identity as preparations continue between now and October 2019. pic.twitter.com/iyeqavseL8

Each squad is set to be made up of 35 players - 30 ‘club’ players and five Academy players with each franchise - and, as Lineen stated, recruitment is going on just now.

Super6 in 2019/20 will get underway slightly later than will become the norm, with a pair of friendly fixtures at the end of October before the first matches kick-off on the weekend of November 9.

The inaugural 12 match season will break for Christmas and Guinness Six Nations weekends and conclude with semi-finals and a final on March 28 2020.

Following a short break, the teams will then contest the cross-border element from mid-April, against clubs from the Welsh Principality Premiership, through until early June.

Super6 will then begin again in early August and run through until early November.

Beyond the opening Super6 season, games are set to be played from April through to November, effectively bringing in summer rugby.

The weekend of April 18 2020 will see the first cross-border matches between the Super6 clubs and the top six from the Welsh Premiership - and Lineen thinks the link-up will be a good one.

“We have a good relationship with the Welsh Rugby Union through the national age-grade teams, we do a lot of work with them now,” he said.

“Our under-16 academy sides went down and played their four academies during the Easter break which was fantastic. Our under-18s and under-19s are now playing them every year in December, and the under-20s usually have a warm-up game before the World Cup. So, I think there is a real affinity with Welsh rugby.

“It is really important that the standard of rugby is improved right across the board. I’ve watched quite a few Welsh club games now and it is a pretty good standard - the Merthyr v Cardiff game was exceptional - so that’s going to be a step up and we are going to have to make sure we are ready for that.”