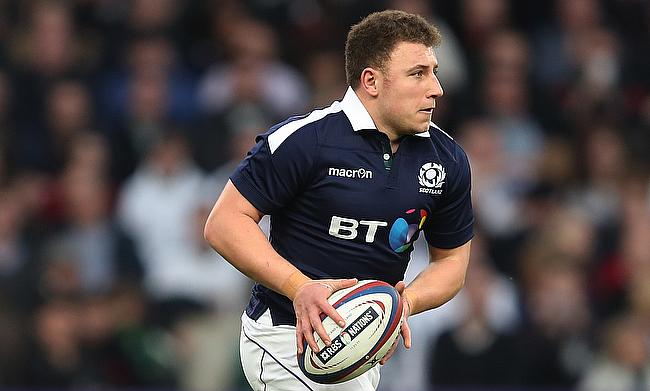 Duncan Weir misses out on the selection
©PA

Townsend has also kept two vacant places - one forward and one backward - to motivate the players to push for places in the business end of the season.

England born former Scotland Under 20 Rory Hutchinson has been called up following his impressive season with Northampton Saints along with Glasgow Warriors hooker Grant Stewart and Scarlets forward Blade Thomson.

A total of 14 players named in the squad was part of the Scotland 2015 World Cup squad that reached the quarter-final with Edinburgh back-row John Barclay will be in line to make his third consecutive appearances in the showpiece event after featuring in the 2011 and 2015 editions.

Glasgow Warriors' terrific form in this season of Pro14 has 17 players in the training squad while Edinburgh contribute 13 players with the remaining 12 offered by clubs outside Scotland.

“Today’s selection is a good indication of the depth and level of competition we currently have in Scotland,” said Townsend.

“We made a conscious decision to keep squad numbers low, which enables us to do more work with those most likely to be on the plane to Japan. We’re really excited to work with this group of players who will now compete hard for a place in the final 31-man group going to the World Cup.

“There are of course a number of very good players who have missed out – players who have been unlucky with injuries this year or haven’t hit form at the right time – while others are unlucky to lose out on some very close decisions.

“Our goal is to deliver our best rugby on September 22nd [when Scotland face Ireland in the opening pool round] and throughout the following few weeks, so there will be a big conditioning element driving us towards that.

“We’ve got to be ready to play with energy, huge effort and be fitter than every team we come up against. That will enable us to attack and defend at a high level and put pressure on the opposition.

“There are a number of challenges that await us in the tournament, starting with facing some quality teams in our pool as well as adapting to the Japan’s unique environment.

“As it’s likely to be hot and humid during the tournament, our warm-weather training camps in Portugal and Nagasaki, as well two Test matches in the heat of Nice and Tbilisi, should be invaluable.

“We look forward to building closer relationships with each other and improving as a squad during our training camps, while this opportunity to be together for longer means we can add a couple of things to our game to help us get closer to reaching our potential.”