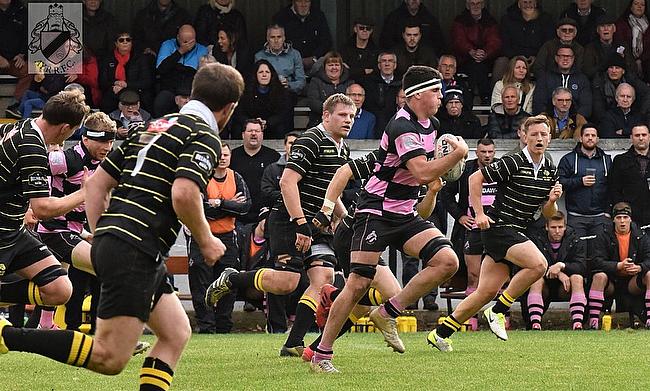 Nineteen-year-old second-row/back-row Marshall Sykes has been out of action for seven months, but is back to full fitness and is set to be a key man for Scotland at the under-20 World Championship in Argentina next month.

The Fosroc Scottish Rugby Academy member played for the age-grade side last season in the Six Nations and the World Championship and, after a strong start to 2018/19 with club side Ayr, looked set to earn a Glasgow Warriors debut during November.

However, in October he suffered a knee ligament injury playing for Ayr against Glasgow Hawks in the Tennent’s Premiership.

It meant that Sykes - who was born and raised in Suffolk and first came to the attention of Scottish Rugby’s scouting network when he enrolled at St Joseph’s College in Ipswich - would miss out on the chance to impress Dave Rennie and the Warriors coaches and new under-20s head coach Carl Hogg for a while.

However, the player who is eligible for Scotland through his grandmother from Dundee, has always been on Hogg’s radar in recent months and was this week named in the 28-man under-20s squad for the upcoming showpiece event.

Scotland begin their World Championship campaign against South Africa in Rosario on June 4 before facing New Zealand four days later and then Georgia on June 12.

And with Heriot’s Charlie Jupp unfortunately missing the trip with a shoulder injury, former Scotland back-row Hogg really needs Sykes and his other forwards to front up in what is a tough pool.

“Marshall Sykes and Charlie [Jupp] are very similar as what I would call hybrid players, in that they can start six and then move into the middle-row, or vice-versa – which gives great flexibility,” Hogg told TRU.

“I always like to start with a big six who you can potentially move forward in the last 20 minutes, which gives you a couple of back-rowers on the bench.

“Tom Marshall [of Newcastle Falcons] is slightly different. He’s a real footballer, a converted centre, and he’s got real pace and power coming onto the ball – so that will be a really useful asset for us. He’s got the ability to use his feet and use the ball to evade tacklers and get over the gain line.

“We’ve got two opensides in Teddy Leatherbarrow and Connor Boyle, who I would say are out and out sevens then Tom and Jack Mann, who are big ball carriers and we’ve got our hybrid players in Marshall Sykes and Ross Bundy.”

The age-grade side will head to St Andrews soon for a mini training camp and will complete their preparations for the Championship with a week long training camp in Washington DC.

Buy your tickets now! Don’t miss out on any of the rugby action happening in the nation’s capital! https://t.co/jC8nqR74Na pic.twitter.com/ozAeLjAVyC

The camp follows the announcement that Scottish Rugby has taken a minority stake in the MLR expansion side Old Glory DC, the camp including a warm-up fixture against Old Glory DC on Memorial Day which is May 27.

On the preparations following a poor Six Nations which brought just one win, Hogg stated:  “We are training regularly on Wednesday’s at the moment and there are key lessons that we took from the Six Nations, you have to do things well within the intensity of national age-grade rugby.

“It is probably something that we didn’t manage that well and master during the Six Nations, but we know that even losing bonus points could be crucial in the way you plot the way through this World Championship tournament.

“For us to do the simple things well under pressure over 80 minutes will be critical to our success and that is what we are trying to do with these weekly sessions and then we want to take that forward.

“We then have a small camp at St Andrews and when we are there we want to keep the intensity up.

“We then have a great fixture with Old Glory in Washington which gives us an extra week in camp and really help us to develop that camp mentality and there is no doubt about it, these blokes are really a tight knit group, it is probably one of the tightest groups I have ever been involved with.

“Now it is about developing that accountability within the group to take us to the next level.”