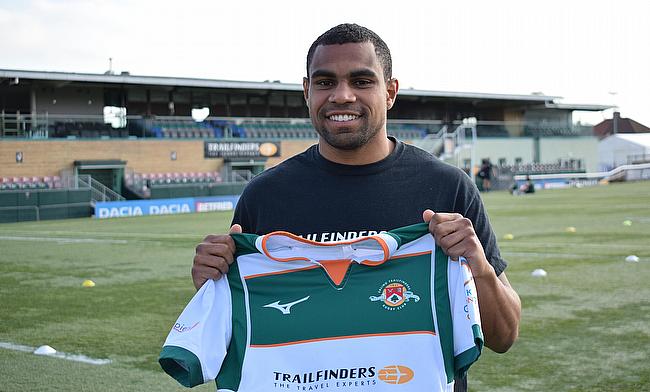 Scottish-qualified Norville blazing a new Trail at Ealing and Brunel University London
Heather Kerr and Clara Nielson: From two Twickenham meetings to facing the best teams in the world
The Cardiff Met pathway which is continuing to thrive
University Rugby shines in the Nottingham sun

Former Scotland under-20 cap Reuben Norville is buzzing ahead of the 2019/20 season as he looks to continue his rugby and education journey simultaneously thanks to an exciting link-up.

The partnership sees Ealing oversee and run the male and female performance rugby programmes at Brunel with a view to them reaching the BUCS Super League in the future.

Ealing coaches, strength & conditioning staff, analysts and medical team work with the university and this allows students to combine top level rugby with their studies.

?? New @EalingTF_Brunel Academy member Reuben Norville is straight out in to training with the first team! pic.twitter.com/7MwCpBk0nW

And Norville cannot wait to get going as he tries to push his way into the Ealing first XV squad.

“When this opportunity came up, I wanted to grab it with both hands. To get the chance to train and hopefully play with Championship players doesn’t come around every day while I also get to study for a Masters degree in sports science,” he told TRU.

So, how did Norville, now 23, get to this stage of his career?

Having grown up in Reading, Norville always knew of his Scottish roots through his mother and began to love rugby at his local club Reading Abbey.

“My uncle was involved at the club and I went down and just got really into it,” he recounts.

“I was involved with Scotland at under-16 level and then played in an event [the FIRA-AER European Championships] in Poland.

“That trip was really good for my development because you were playing against good teams and also learning how to manage yourself and your fitness to play a number of games in a short space of time.

“I was then on the fringes of the under-20s squad for the 2016 Six Nations before being called up late for the World Championships in Manchester later that year.

“One minute I was heading off on holiday and the next I was called-up as an injury replacement and was coming off the bench against England which was a bit mad!

“It is great to see guys who I played with at that time like Zander Fagerson, Jamie Ritchie and Blair Kinghorn now with the full Scotland squad.”

As he headed towards his 20s, Norville had spells in the academies of London Irish and Leicester Tigers. Then came the Scotland under-20s involvement, earning two caps in total, the latter coming against Australia.

“After the under-20s experience I started to study for a sports therapy degree at Hartpury and during that time I began to play for Cinderford,” he said.

“At the time they were in National Two South and it was a great place to be because it was a proper ‘old school’ rugby club who helped me settle in and made my family feel at home whenever they would visit.

“The coaches at the time [Paul Morris, Adam Balding and live Stuart-Smith] were great with me and they knew what they were talking about.

“Coming out of Academy and age-grade rugby, I just needed to get games under my belt.

“I joined halfway through the 2016/17 season and then we managed to get promoted the following year. In my two and a half years there I played about 70 games and it was just great to be involved regularly.

“National One last year [when Cinderford finished eighth with 13 wins from 30] was a good standard and a big step-up.

“I enjoyed testing myself there, at the start of the season I struggled to maybe get my hands on the ball enough, but I worked hard with backs coach Clive Stuart-Smith and scored a few tries at the end of the campaign.”

After he had spoken with the people at Ealing and had a look around the Brunel facilities, Norville knew this was the move he had to make.

“The link-up between them seems great and it makes sense for me to continue my education,” he added.

“When you are playing rugby, it is good to have something else to focus on while it is also good to plan for the future. At Ealing I am enjoying pushing myself in pre-season and want to try and push on and play for the first team.

“Pre-season has been tough, but there has been more ball work than I am used to at this time of the year usually which has been good and the coaches here are excellent.

“The club has big plans for the future and I really want to be a part of that and try and help them into the Premiership. At Brunel, there are a lot of top-class athletes around to feed off from which is exciting.”

Meanwhile, with Norville, Garwood and Mahoney now on board, Brunel head of rugby Gareth Rise is thrilled to see their rugby programme and link-up with Ealing continue to grow apace.

“This is another huge step forward to add three players of such quality,” Rise said.

“They arrive with great pedigree and have already been performing extremely well in training. The excitement is really growing as more members join and they will add an enormous amount to us over the next three years.”