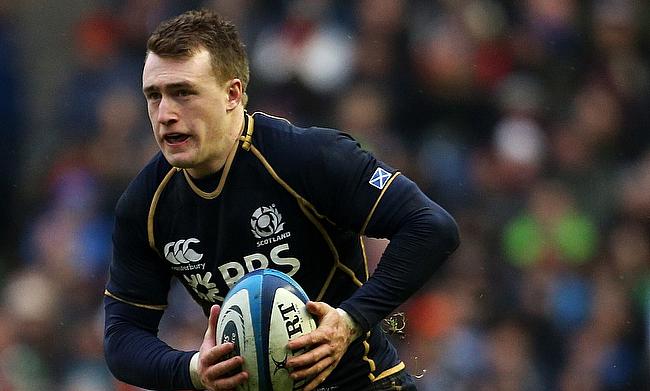 Scotland head coach Gregor Townsend has made 14 changes to the line-up for the BT Murrayfield Stadium encounter against France to be played on 24th August.

Fullback Stuart Hogg remains the only player to retain his place as Townsend has brought in experienced players following the 32-3 drubbing they received last weekend in Nice.

Greig Laidlaw returns as captain at scrum-half and Finn Russell has been assigned the fly-half role while Tommy Seymour and Sean Maitland take positions at right and left wings respectively.

Pete Horne and Chris Harris form the centre partnership with the back-row comprising of Ryan Wilson, Hamish Watson and number eight Blade Thomson, who will play his first game for the Dark Blues. Sam Skinner and Scott Cummings comprise the second-row.

There is also return for Gordon Reid (loosehead prop), Willem Nel (tighthead prop) and George Turner (hooker) while Glasgow Warriors hooker Grant Stewart could make his debut from the bench.

"Our first outing of the season was a disappointment and not reflective of the hard work our players have put in over the past two month," Townsend told the official website of Scottish Rugby.

"France are a very dangerous side if you give them space and quick ball to play, which is what we allowed to happen on too many occasions last week. Our focus all week has been to remedy this and also create much more from our attacking game.

"It was a stark reminder of how tough things can be at international level if our standards slip.

"We expect our players to show a much truer picture of themselves this Saturday."