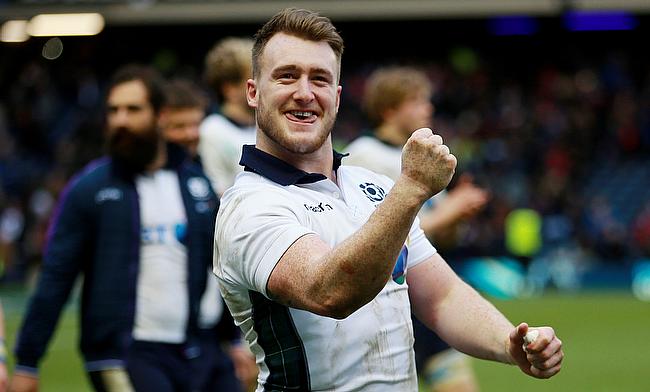 Stuart Hogg insists there is much more to come from Scotland as they look to end their RBS 6 Nations campaign on a high.

The Dark Blues faced up to France's imposing players at Murrayfield but refused to crumble as they claimed a 29-18 triumph which denied Les Blues the title and instead handed it to England.

It was another impressive step forward for a team that had gone two years without a championship win before last month's victory over Italy in Rome.

Now Vern Cotter's team are heading to Dublin next Saturday hoping to claim a third straight tournament win for the first time in 20 years.

And full-back Hogg has warned Joe Schmidt's side that Scotland can get even better.

He said: "That game is right up there with one of the most enjoyable I've played for my country as it's great to see all of the practice and hard work we do in training pay off.

"You could see by our faces just how delighted we were. Now we need to get geared up to beat Ireland.

"The individuals and characters we have in the squad are second to none. The way we gel is brilliant so it's great to finally get that win.

"I'm not sure if it's our best display under Vern as we have played better. We missed a few chances in defence which wasn't good enough.

"There is definitely more to come as you never get the complete performance.

"We've had poor performances in the past but it makes amends. You don't get many opportunities in international rugby and the times we made them we finished them off well."

Scotland lost an early try and stand-off Finn Russell inside the opening five minutes but hit-back with scores from Hogg, Duncan Taylor and Tim Visser to register their first win over France since 2006.

Peter Horne deputised superbly in Russell's absence but Cotter is hopeful he will have his main playmaker back in time to run out at the Aviva Stadium.

He said: "He has to run though his protocol but with a six-day turnaround before Ireland it is still possible he could play if he passes his tests.

"We will just have to wait and see."