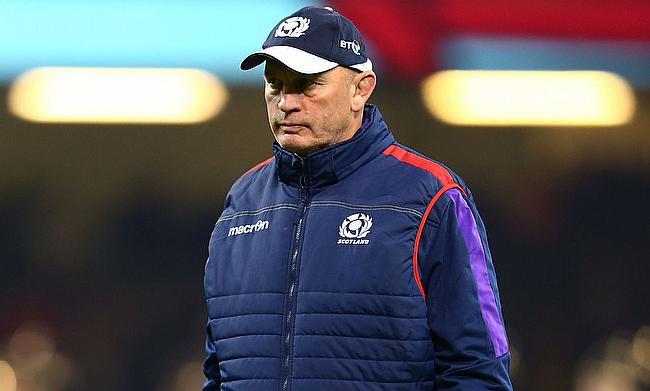 Vern Cotter has made three changes to his Scotland line-up for Saturday's clash with Ireland in Dublin as he looks to sign off the Dark Blues' RBS 6 Nations campaign with a third straight win.

Duncan Weir replaces Finn Russell at stand-off after his Glasgow team-mate was ruled out with concussion in last weekend's 29-18 win over France.

With Jonny Gray also unavailable after suffering a torn pectoral muscle against Les Bleus, Tim Swinson steps up from the bench to partner Gray's brother Richie in the second row.

Ryan Wilson also returns to the starting line-up in place of Josh Strauss, who drops to the bench despite a decent display against Guy Noves' men.

Weir last started for Scotland against South Africa in Newcastle during last year's World Cup, where a scintillating break from his own half led to a Tommy Seymour try.

He will partner captain and scrum-half Greig Laidlaw, who will surpass former prop David Sole's record of 25 outings as Scotland skipper.

Cotter, said: "We were pleased with our sustained effort against France.

"I was happy with the way we adapted to losing Finn so early in the game. The team came together and was rewarded for their endeavour with the end result.

"The challenge for us now is to keep constructing our game and enjoy the last coming together of the championship in a Scotland jersey, against an Ireland team full of confidence after a convincing win over Italy."

The pack is completed by the return of ever-present front-row trio Alasdair Dickinson, Ross Ford and Willem Nel, who start their fifth consecutive match of the championship.

In the backs, centres Alex Dunbar and Duncan Taylor return to midfield while the back-three of Seymour, Tim Visser, and Stuart Hogg return for a third time in a row.

Cotter has made two further changes to the replacements, with Rob Harley coming on to the bench place vacated by the promoted Swinson, while Henry Pyrgos has been named as replacement scrum-half for what could be his first Scotland appearance since his post Rugby World Cup wrist surgery.