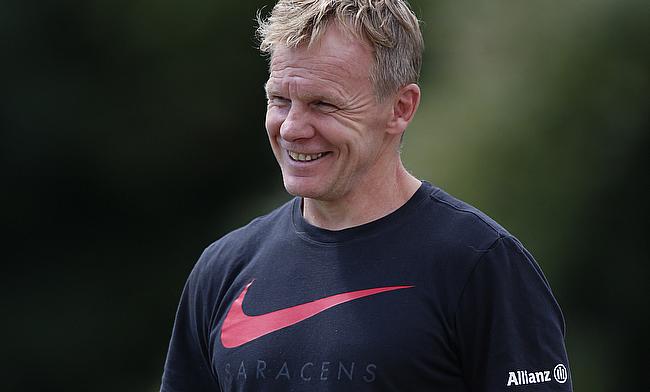 Mark McCall has been with Saracens since 2009
©Saracens

Over the last 12 months, it has been somewhat of a rocket ride for Saracens.

Last August, Mark McCall’s team were flying high after adding another Premiership title and European crown to their lengthy list of honours, but since then, the club have been relegated from the top-flight after they were found to have violated the salary cap.

They now have nine more games in the Premiership before a mouth-watering quarter-final against Leinster in the Heineken Champions Cup in September, but domestic duties are on the immediate horizon and Saracens begin the restart against up and comers Bristol at Ashton Gate on Saturday afternoon.

The Bears are currently placed third overall, just two points off a possible home semi-final, and Pat Lam's Bristol side are certainly ones to watch, especially as they will have a couple of familiar faces lining up against Sarries.

Whilst Kyle Sinckler and Semi Radradra are the highlights of Bristol's arrivals, Saracens have loaned two of their brightest stars to the West Country. Ben Earl and Max Malins will be continuing their development at Ashton Gate for a season and are eligible to line up against their parent club on Saturday, making for a really intriguing game.

For Saracens, their main aim is to try and build some momentum ahead of their Champions Cup campaign and to integrate their signings ahead of the Championship season.

“I think it is probably the longest time we have been without a game, probably in our whole careers,” Elliot Daly said. “Training has been good, building up to this week. The lads are looking forward to getting that first hit out.

?? "There's an excitement at the club that we want to build again and take it to another level." ??

A Saracen through and through ??, @Alex_goode0 describes why signing for a new chapter at the club is particularly exciting. #TogetherSaracens ???? pic.twitter.com/6vSYcLK2Tf

“We have a few games in this period now and then a big quarter-final against Leinster, so we look forward to this block of games and then forward from then on. Up to and after that game, we will concentrate with what is going on here and will try and get into a position where we are playing some good stuff like we were before lockdown.”

Mark McCall has been at the head of Saracens' success virtually since he joined the club in the 2009/10 season. In that time, his side have won five Premiership titles, three Heineken Cups and an LV Cup. Not a bad return in the slightest.

McCall has been touted for jobs as well, with many thinking that the Irishman should have been up for the England vacancy after Stuart Lancaster’s departure in 2015 and even when Eddie Jones' future was in doubt following the 2019 World Cup, the Saracens Director of Rugby was in the frame once again.

When it came to the relegation, McCall always maintained that it was never in his mindset to leave the club. He will stay, no doubt bring the side back to the Premiership and, most likely, to their former glories too.

“It is a really important 12 months for us after all that has happened, it is really important that we are looking forward,” McCall said. “There is a couple of players who won’t be playing again that have given incredible service to the club. We have new players to mix in with some of our established international players and for us, there is a lot to play for and we are trying to set good foundations in what feels like a bit of a new journey.”

Malins and Earl aren’t the only two young players that have gone on loan elsewhere. Alex Lozowski has moved to France for a season to play for Philippe Saint-Andre’s Montpellier, Alex Goode is heading to Japan in October, whilst Jack Singleton, Nick Tompkins and Nick Isiekwe are heading to Gloucester, Dragons and Northampton, respectively.

As a result of not having these players available, McCall will be turning to his young talent to have a bigger impact on the squad for both the Premiership restart and in the Championship. The likes of Manu Vunipola, Joel Kpoku, Sean Reffell, Andy Christie, Rotimi Segun and Ali Crossdale are likely to be called upon more than usual by their Director of Rugby.

Perhaps more importantly, Saracens have been able to keep many of their star names. Owen Farrell, Jamie George, Mako Vunipola and Billy Vunipola have all committed to the North London side and Daly says that it was the coaching staff and directors who were key to him and his high profile teammates staying at the club.

“It was a natural process,” Daly said. “It was Smally (Mark McCall), all the coaches and everyone above, just expressing how much they wanted to keep us together as well. They expressed that to us and we were thinking, mulling it over to try and make sure that it was the right decision for our career.

“Really, when you look at it, the quality of players staying, putting pen on paper, it is a very good team. I think really it was a no brainer. It sort of naturally came about, but it came from the top. Them coming to us and saying that they want to keep us all together, what they see for the future.”

As things stand, no one is quite sure what going to the Championship means for Saracens’ England players. It has actually, perhaps, been made easier as by the time the Heineken Cup has concluded, the postponed Six Nations fixtures will take precedence so we could see some of Sarries' stars in Eddie Jones' plans in two months time.

It would only be after the conclusion of that international competition that regular Championship selection would be an option but, until then, Saracens must prepare for Bristol before focusing on their final eight games as Premiership champions.

Saracens have been the story of English rugby, far before their controversies and they will continue to provide talking points for years to come too, but for now, this is their farewell tour.