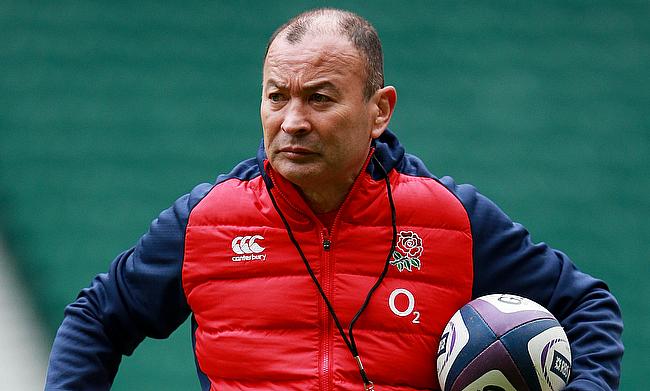 England coach Eddie Jones assured that Saracens players will be judged only on form despite them featuring in the second tier Championship competition next season.

Mark McCall's side face automatic relegation at the end of the ongoing season following a series of salary cap breaches which meant they will be competing with the second tier teams in the 2020/21 season.

A number of Saracens stars including England skipper Owen Farrell, Elliot Daly, Mako and Billy Vunipola have committed to the club despite the relegation and Jones is confident that the decision will not hamper their selection for England and instead feels it will benefit them after a gruelling last year.

"There's no reason why we can't select Saracens players, if they're in good enough form," Jones told Sky Sports News.

"There are a number of very established players there that have played a lot of Test matches and a lot of high level rugby so they'll know how to maintain their level of performance.

"Some of those guys have been playing nearly non-stop since the last World Cup so this opportunity to regenerate is a great one and they'll only come out of this situation better."

Earlier, McCall said he would look at various options including loaning players to Super Rugby sides next season to help Saracens' top players claim place in the British and Irish Lions' tour of South Africa next year.

England currently are at the top of the Six Nations 2020 tournament with three wins from four matches and will face Italy in the final round on 31st October.