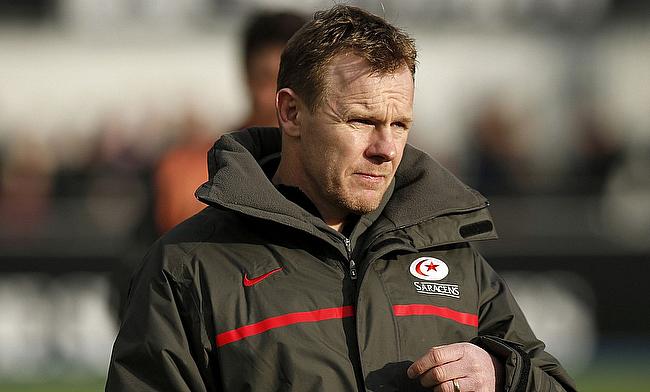 Saracens director of rugby Mark McCall believes playing in Championship could benefit the club's top players in securing a place in the British and Irish Lions tour of South Africa next year.

The Sarries endured a tough 2019/20 season as they were handed an automatic relegation at the end of the campaign for series of salary cap breaches which meant they would be playing in the second tier competition in the 2020/21 season.

Despite the setback, leading players Owen Farrell, Jamie George, Mako and Billy Vunipola, Maro Itoje and Elliot Daly have decided to remain with the club and McCall is pleased with the backing Saracens received from the players.

McCall reckons the star players can be rotated in the Championship which will allow them to explore opportunities in other clubs.

"The most important thing for us, if I am honest, is that we get promoted, that is going to be the first priority," said McCall in Sky Sports Podcast.

"Those senior players might only need a couple of Championship games to keep them ticking over. If they need more competitive rugby there are avenues to make decisions with that player."

The Saracens boss also revealed that he had a discussion with Lions coach Warren Gatland about possibility of sending England players to a loan stint with Super Rugby clubs which could help them prepare for the South African tour next year.

"I don't think it is out of the question but this is their golden opportunity to have a quieter club year, something akin to a sabbatical.

"I don't think if that was to happen it would be for very long. It would be to get enough rugby to make sure they are firing come the Lions tour.

"I talked to Warren Gatland on Monday and he was very happy with the situation.

"The Lions have a warm-up game before the tour where I would expect all of our players selected to tour to be involved. There are some warm-up games before the first Test match and that might be enough for them.

"The opportunity has arisen for these players to have a little bit of a different year and we will look to use it as wisely as we can."