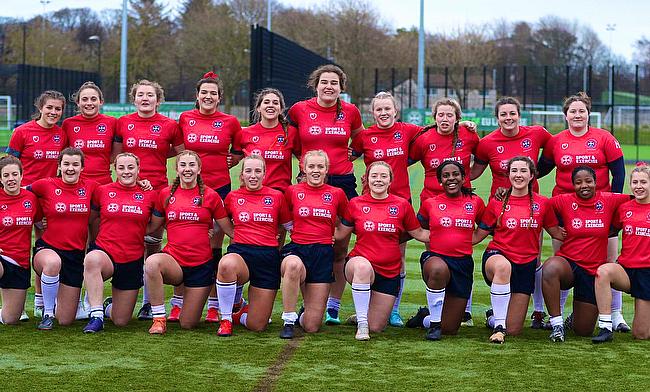 For now, there is no BUCS Championship final to look forward to for Edinburgh University women’s squad given the current situation which goes far beyond rugby, but they can still look back on a positive 2019/20 with pride.

Earlier in March, they defeated Northumbria University 38-5 at Peffermill in the Scottish capital to make it through to the BUCS showpiece event which was due to be at the Ricoh Arena in Coventry on April 8.

Like sport throughout the world, that will not be going ahead due to the Coronavirus (Covid-19) situation, but reaching that stage brought back fond memories of them lifting the trophy at Twickenham back in 2017.

The team that defeated Northumbria 48-5 at the home of English rugby three years ago featured Scottish internationals such as Sarah Law, Rhona Lloyd, Lisa Thomson, Katie Dougan and Megan Gaffney and England under-20 International Sally Stott.

Law and Gaffney both registered hat-tricks back then and Stott, now in her fifth year of veterinary studies, is one of the survivors from that squad still playing for Edinburgh University.

Depending on what happens in the coming months, the semi-final on May 11 may have been the English player’s last outing in an Edinburgh University shirt, but if so, it has been some journey.

“Winning the semi-final last week really brought back memories to me of playing in that final at Twickenham three years ago which was just absolutely phenomenal,” Stott told TRU.

“That was my second year and we headed down the road as underdogs, but we were feeling confident and we performed very well on the day.

“Then we had some Scotland players in our squad and, fast forward three years, other Edinburgh Uni players from the current crop like Panashe Muzambe, Sarah Denholm, Rachel Law, Evie Gallagher, Nicola Howat and Anne Young are in or around the Scotland set-up and that is testament to the programme that coaches Claire Cruikshank, Gordon Lyon and others have set-up here.

“Some young players come here in their first year quite shy and not confident in their rugby, but once they get into the group, are made to feel welcome and start training, they relax and their talent really starts to shine through.

“It doesn’t matter if you are in your fifth year like me, whether you have played international rugby or whether you are quite new to the sport, everyone gets along and helps each other out.

“I am quite an experienced player when it comes to this current group, but I find myself learning a lot from the younger players and that is really refreshing while competition for places makes sure you keep your individual standards high.”

“I soon realised I loved rugby much more than gymnastics!”

With a father who played professional rugby league for Wigan Warriors, Stott began playing rugby union at Vale of Lune in Lancaster at a young age.

“At first I would head there for training after gymnastics, but I got stuck in playing with the boys and soon realised I loved rugby much more than gymnastics,” the No.8 recounts.

“I played for the team through the age-grades and we went to Twickenham to play as under-12s and then I played for the girls team at the club [coached by her dad Phil] at under-15 and 18 levels.

“When I turned 17, I was capped by England under-20s and played for them for three years. I was then in the England Academy squad and was close to getting a full cap, but then the rules changed when the Tyrrells Premier 15s came in and with me being at Edinburgh Uni, I had to put the dream of playing for England on hold until after I graduate.

EULRFC have mathematically won the first ever National League ?? what an achievement for our girls and our university! #bleedgreen #WeAreEdinburgh @UoESportsunion

“The plan, potentially, after uni is to become a vet in the British Army - I have played rugby for them for the past four seasons - so I will see where that takes me and I still hope to push for England honours one day.

“Wherever my journey goes next, I will treasure the years I have spent playing at Edinburgh University. From day one, the set-up has been excellent and I have played with some brilliant players over the years.

“I also believe that the future is very bright for the team after I leave because some of the young ones coming through like Sarah Denholm, Meryl Smith, Evie Gallagher and Eva Donaldson are very talented.

“More than just on the pitch though, Edinburgh University rugby is so good because we are all friends off the pitch who are different ages and have come from different backgrounds, but we are there for each other whenever it is needed and I think that bond and culture helps us all in our sport and in other parts of our lives.”