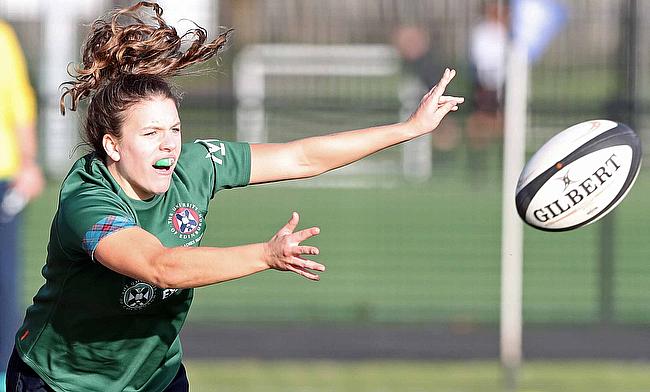 In recent years, Scotland have had a number of sisters playing for the women’s national team - the McMillans and the Nelsons immediately spring to mind - and now the Law siblings could be set to join that exclusive club.

That is because uncapped Edinburgh University scrum-half Rachel Law has been named in a 32-player squad for the upcoming Six Nations alongside older sister Sarah.

The latter, a scrum-half/stand-off, is currently recovering from her latest injury, but head coach Philip Doyle has reported she could be back in action soon.

Given she has 40 caps under her belt, that is good news because she will be key especially with other experienced nines Jenny Maxwell (injury) and Mhairi Grieve (unavailability) unlikely to be seen in this year’s competition.

And, of course, it heightens the chances of her and her sister being in the same Scotland 23 together for the first time.

“It would be nice at some point to have a sister combination on the pitch as long as there is no bickering!” Doyle told TRU. “Seriously though, I am hoping that Rachel will blossom in this type of environment alongside Sarah.

“Ever since I came into post, Rachel has been in and around the squad and has not missed a training session, she is a very dedicated young lady who wants to play for Scotland like her sister.”

Law junior's coach at Edinburgh University, Claire Cruikshank, added: “I’ve known Rach since she was 12 at Murrayfield Wanderers, she’s a ferocious player for her size and she is tactically so astute. She’s one of the hardest workers out there and she deserves the opportunity.”

And off the back of Edinburgh University winning the top BUCS National League in the UK earlier this week following their eighth consecutive victory, Law is joined in the Scotland squad by fellow uncapped player Evie Gallagher from the student side.

Gallagher, a product of Stirling County who has been capped by Scotland Sevens, has been in the wider squad for a while and Doyle said: “Evie has come through the under-20s and has been in a number of camps with us.

“She is a No.8 who can play across the back-row, she is young, but she certainly has the skill set to be an international rugby player and she just needs to work on her knowledge and conditioning which she will get in our environment. A fine prospect.”

The other new faces who could make Scotland bows in the showpiece event in the coming weeks are Rachel Shankland (Stirling County), Isla Alejandro (Loughborough Lightning) and Coreen Grant (Cambridge University/Saracens).

Centre Shankland has been rewarded for her consistent form as skipper of Stirling County over the last couple of years.

“Her club coach rang me up a few months ago and asked me to take a look at her because he felt she could do well in this environment and I totally agreed,” Doyle revealed.

“She has been coming to skills sessions with us and one full camp and has done really well. We will need a bit more time with Rachel to get her up to speed at this level, but she is going in the right direction for sure.”

On Alejandro, Doyle said: “She is an out and out winger who has come through the SQ [Scottish Qualified] system.

“I believe it is her mother who is Scottish and she has been doing really well down at Loughborough along with the other Scots girls. She came into the squad earlier this month and has impressed, so a nice player to have in the wings and we will be working with her hard.”

Grant, the former Murrayfield Wanderers and Durham University player, hit the headlines in December when she was named player of the match for Cambridge in the Varsity match at Twickenham, bagging a winning try late on.

With the women's @VarsityMatch kicking off today at 11.30am here is another change to read my feature with @CURUFCW's centre Coreen Grant, the @Scotlandteam age-grade cap and @SaracensWomen Academy player, via @TalkRugbyUnion https://t.co/N4GJU7Cd21

“Coreen is a centre/back three player and she has been doing really well with us in camp,” Doyle stated about the ex-under-20s cap.

“She did well in the Varsity game and trains regularly with Saracens so it is great to have her in the mix.

"In general, it is great to see some new players coming into the set-up. They can properly challenge for positions in the future and their inclusions are developing depth in an important year for us.”