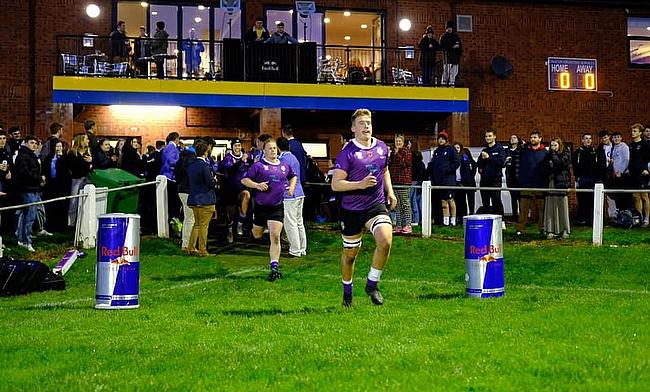 The BUCS Super Rugby competition resumes later this month and continues to go from strength-to-strength.

And the head of rugby of current table toppers Durham University, Alex Keay, believes that the leading student men’s league - which is now in its fourth season - is continually preparing more and more players thoroughly for a shot at representative honours and the professional game.

In recent weeks he has seen his back-row men Josh Basham - who is on the books at Newcastle Falcons having starred in BUCS last term - and Jack Hill being named in the England and Scotland under-20 squads respectively for the upcoming Six Nations.

And Keay told TRU:  “BUCS Super Rugby is now a real viable pathway for guys on the way to professional rugby, you only have to look at the guys who have come out of uni rugby in recent years, started to move upwards and who are coming up with the goods to see that.

“Josh Basham is a very good recent example of this, the Falcons clearly liked what they saw from him in BUCS matches, while Alex Dombrandt (Harlequins, previously Cardiff Met University) and Tom Lawday (Harlequins, formerly Exeter University) are two others that spring to mind that have taken that path.

“The Super Rugby competition has just raised the bar for the sport in universities and the standard has improved massively.

“The guys here at Durham in our Super Rugby squad do six to eight sessions a week, have a nutrition programme, use GPS in matches and work very hard. I’d say the programme is run along similar lines to professional team’s academies and the players at this level are very dedicated.

“University rugby is a massive step up from schools rugby, I think some guys from even the top rugby schools get shocked by the standard when they enter university rugby. It is very rare that freshers go straight into BUCS Super Rugby squads, but they learn by being around good players and these are exciting times in the student game.”

After a tough 2019, Scotland under-20s will be looking to improve during the age-grade Six Nations which starts later this month - and Keay is in no doubt that Hill can be a big player for Sean Lineen’s men.

Hill has previously played for Scotland at under-16, 17 and 18 level as well as Sale Sharks under-18s.

Having impressed in some under-19s games against Wales and Australia at the end of 2018 for the Scots he was named in the 2019 Six Nations squad but didn’t manage to get any game time before being a late call-up to the World Championship squad.

“Jack is outstanding in every respect. His processes in terms of working hard to be a good rugby player and getting his academic studies right are spot on,” Keay said about the second year student who is a former Sedbergh School pupil.

“He is a super nice guy, I see him as more of a six, his work around the breakdown area is brilliant at the moment in defence. He has arguably been our player of the season so far.

“He works very hard, is really focused and gets into ever session and match, I can’t talk about him highly enough.

“It was good to see him in the Scotland under-20 squad last season and I think he can really kick on with them this year in the Six Nations while it is great to see Josh Basham involved with England again, we are proud of them.”

Keay and his men focused on BUCS return

Keay and the rest of the Durham squad, minus Hill and Basham, are currently training hard for the return to competitive action.

Currently Durham are two points ahead of Leeds Beckett at the top of the BUCS Super Rugby table after a great first part of the season which ended with a disappointing 32-8 away defeat to Exeter.

However, in the long run Keay feels that loss before the festive break may actually not have been the worst thing for his squad.

A reminder of where things stand...

“Don’t get me wrong, you never want to lose any matches as coaches or players, but that defeat will have sharpened the minds and the focus and kept the guys working hard over the break,” he explained.

“They have certainly come back into this mini mid-season pre-season really determined and that has been great to see.

“Before that Exeter match we were very consistent in our performances and we all want to find those levels again.”