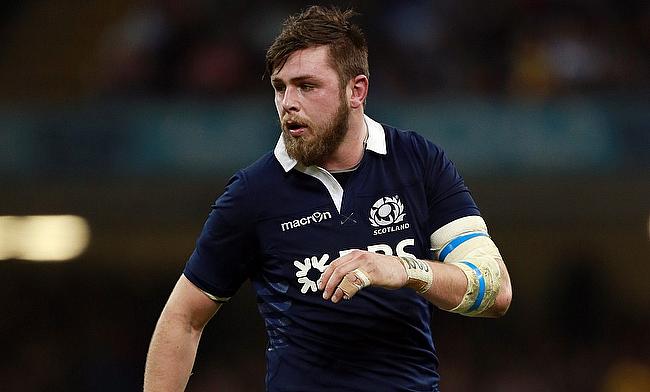 Ryan Wilson has been with Glasgow Warriors since 2010
©PA

Glasgow Warriors have confirmed that club captain Ryan Wilson has penned a new two-year deal that will keep him with the Pro 14 club until 2020.

The Scotland international made his professional rugby debut with the Warriors in 2010 and has gone on to amass 138 appearances since then for the Pro 14 club. The 28-year-old was named Glasgow captain when Dave Rennie took charge of the club last summer and was also awarded the vice-captaincy of Scotland team under Gregor Townsend.

"I’m really happy to be staying in Glasgow for at least another two years," said Wilson, who becomes the 13th player to commit to the Warriors.

"Glasgow has become home for my family and I love the city and the club.

"I’ve seen us go from strength to strength since playing my first game at Firhill eight years ago and I can’t wait to see it grow even more and be a part of it.

"I’m looking forward to pushing on in Europe in the coming seasons with a really strong group of lads that we have here and continuing to enjoy playing rugby with my mates."

Meanwhile, Glasgow head coach Rennie believes Wilson has all the right attributes to lead the club to success.

"Ryan is a good man, he loves this club and he has a really good way with the players. He is demanding and challenging when he needs to be, but he’s great at putting an arm around guys and he really cares about his mates and this club.

“Ryan is uncompromising on the pitch, he’s got a really good skill-set and he’s obviously a really experienced player. It’s great news that he’s sticking around for another couple of years.”