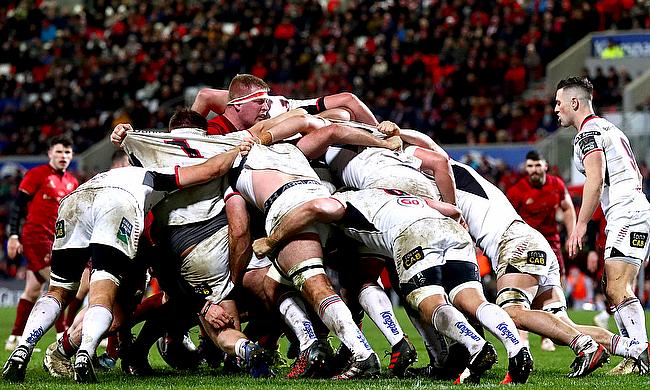 The festive fixtures threw up some interesting results as Glasgow Warriors finally lost while Munster are still searching for their first win of the season over a fellow Irish province.

Glasgow’s first defeat came away to rivals Edinburgh as they lost out by one point in a tight game with a final score of 18-17 in favour of the capital side. Glasgow put this disappointment behind them quickly as they beat Edinburgh 17-0 in the return fixture just a week later.

Munster lost 34-24 at home to Leinster on Boxing Day with a stunning solo try by Leinster fullback Jordan Larmour the highlight of the match. They followed this up by blowing a 17 point half-time lead away to Ulster to lose 24-17. The match swung in Ulster’s favour after Ulsterman and current Munster centre Sam Arnold was sent off for a high tackle to the head of Christian Lealiifano in the build-up to Ulster’s first try. The two losses leave Munster still searching for a first win of the season against Irish opposition having previously lost out to Leinster and Connacht in the previous derbies.

Ulster will have been delighted with their bonus-point comeback win after suffering a heavy 44-16 defeat in Galway to Connacht in the previous round. Leinster, meanwhile, followed up their Boxing Day win over Munster with a less convincing 21-18 victory at home to Connacht who pushed them hard throughout.

Elsewhere it was double delight for Scarlets in the Welsh derby games as they won 12-9 at home to Ospreys in Round 11 before travelling to Cardiff Blues to record a 14-11 victory. Ospreys bounced back from that defeat to slay Dragons 22-9 at Rodney Parade while Dragons couldn’t make home advantage count the previous week either as they also lost out 22-17 to Cardiff.

Benetton Rugby affirmed their superiority in Italy with two victories over Zebre; 27-14 at home and 20-16 away. In South Africa the Cheetahs and Southern Kings have two games in hand over the rest of the league after they didn’t participate in any matches over the Christmas and New Year period.

After 12 rounds of the season Glasgow remain top in Conference A with 53 points while Munster sit in second and the Cheetahs stay third despite not playing the previous two rounds. Cardiff Blues have closed the gap but stay in fourth, followed by Connacht in fifth, Zebre in sixth and Ospreys in seventh.

Scarlets lead the way in Conference B followed by Leinster in second and Ulster in third. Edinburgh lie in fourth with Benetton in fifth and Dragons in sixth. The Southern Kings continue to prop up the table although they do have two games in hand.

Looking ahead, there are some tasty fixtures this weekend as the derbies continue in Wales and Ireland. Leinster host Ulster while Connacht travel to Munster who will hope to break their derby duck. Scarlets host Dragons and Ospreys are at home to Cardiff Blues. Elsewhere Zebre play Glasgow and the Cheetahs travel to Benetton following their two-week break. Edinburgh host the Southern Kings in the remaining match.

The Southern Kings will host the Cheetahs the following week while the return fixture will be played on January 20th as the South African sides catch up the rest of the league while the European fixtures are ongoing.