Scarlets maintain pressure on Leinster with comfortable win over Glasgow 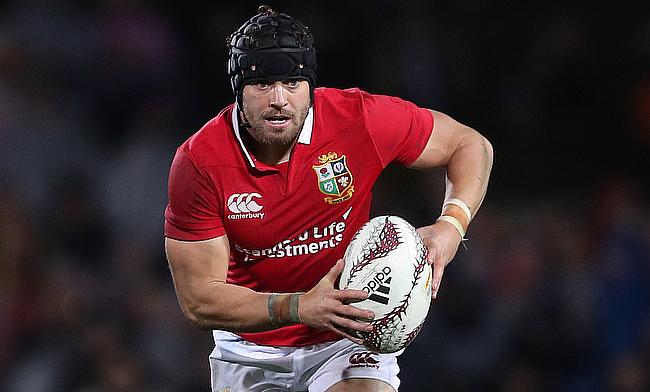 Leigh Halfpenny was part of the victorious Scarlets side
©PA

Rhys Patchell scored a double as Scarlets completed a comfortable 26-8 win over Glasgow Warriors in their Pro 14 encounter at Parc y Scarlets.

The win has reduced their gap over Conference B toppers Leinster to just four points but despite the defeat, Glasgow sit comfortably at the top of Conference A with 70 points - seven over second-placed Munster.

Glasgow suffered an early setback when George Turner was replaced in the fourth minute. They could have easily got a 0-6 lead in the first quarter but Finn Russell was off target and so was Leigh Halfpenny.

The first points in the game came in the 28th minute when Patchell breached the defence of the visitors to score the opening try. Halfpenny missed the conversion but kicked a penalty goal six minutes later as the first half ended with an 8-0 lead for the Welsh regional side.

Russell, who had an uncharacteristic first half was replaced by Pete Horne at the start of the second half and he straightaway made an impact with a penalty kick in the 43rd minute to get Glasgow Warriors off the mark. However, Halfpenny with his three-pointer 10 minutes later restored the eight-point lead for Scarlets.

Scarlets upped the ante further when Gareth Davies capitalised on a loose pass and ran past DTH van der Merwe to score his second's try and once again Halfpenny missed the conversion but managed to increase their lead to 16 points with his third penalty goal in the 59th minute.

Even though Pyrgos with his 62nd minute try reduced the arrears to 11 points, Patchell with his second try in the game that came in the 78th minute sealed a 26-8 victory for Scarlets.