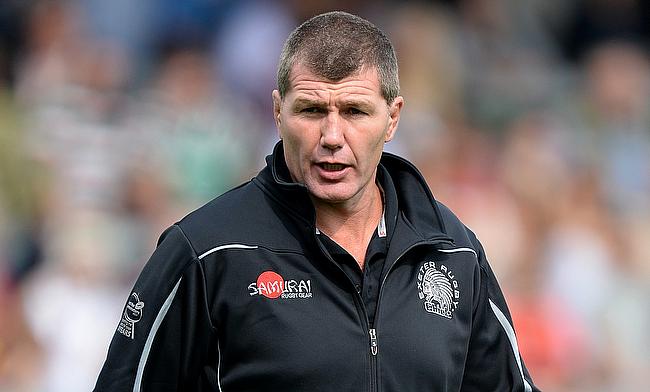 Exeter Chiefs director of rugby Rob Baxter has credited his players for their victory over Sale Sharks in the Gallagher Premiership play-off at Sandy Park on Saturday.

The Chiefs registered a 40-30 win over Alex Sanderson's win to reach the Premiership final for the sixth consecutive season where they will lock horns with Harlequins at Twickenham Stadium on 26th June.

The Chiefs were without Dave Ewers and Sam Skinner, who were handed a four-week ban while Sam James was a late withdrawal after sustaining an injury during the warm-up leading to the game.

“Credit to the players," said Baxter.

“They had to dig deep last week, and they have done the same again, although I thought we had more control today.

“There were the difficulties of the week with the two lads being banned. It was tough for us.

“But we turned up, we were bang-on and we started the game with a great intensity. We managed to maintain that for most of the game.

“Most of our mistakes and errors came from a real enthusiasm to do things, and I will take that any day of the week. Where we are now, I am very pleased.”

Meanwhile, Sale director Sanderson said the opening quarter proved decisive as they lost Manu Tuilagi to sin-bin and ended up conceding tries to Cowan-Dickie and O'Flaherty after which they were left chasing the game.

“When the hangover subsides on Tuesday and we step back, we will be very happy with how far we’ve come.

“We have come a long way. We had five lads out there aged 20 or younger and they’ve dominated. That is exciting.

“We are only going to go from strength to strength, and this will not be the last time we are here.

“It has been about laying a really solid base, a strong foundation to improve and build on, and we’ve done that, looking back right now.”