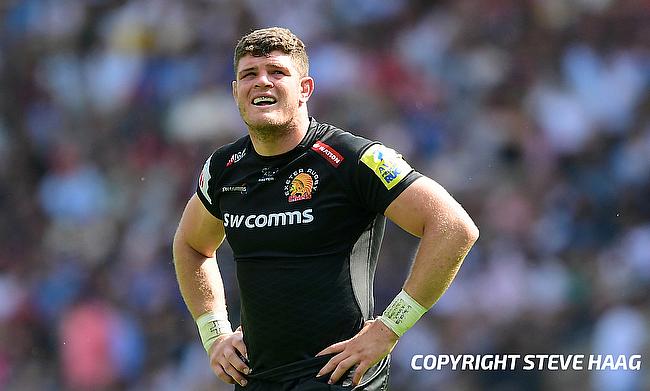 Exeter Chiefs have been dealt a double blow ahead of their Gallagher Premiership play-off game against Sale Sharks with both Dave Ewers and Sam Skinner have been handed four-week bans.

Skinner was sent-off in the 54th minute by referee Karl Dickson during the final round of the regular season game against the Sharks at Sandy Park after his shoulder made contact with the head of Sale's Faf de Klerk.

Meanwhile, Ewers was sin-binned in the same game in the 34th minute for a high hit on Simon Hammersley. Leaving the Chiefs without their first choice second and back-row resectively, which has affected the Unibet Indiana odds on the semi-final.

Both the players faced an independent disciplinary hearing on Tuesday with the panel comprising Jeremy Summers (chair), Mitch Read and Olly Kohn and were proved guilty of the charges.

"Both cases involved direct contact with an opponent's head that carried a high degree of danger," read a statement from the independent disciplinary panel.

"None of the mitigating factors set out in the World Rugby Head Contact Process which would have justified the red card otherwise being reduced to a yellow card were present.

"Neither player accepted the charge and so full mitigation credit was not available to them."

As a result, Exeter will be without the services of both Skinner and Ewers for the play-off game against Sale Sharks and also for the final if Rob Baxter's men emerge victorious in the Saturday's encounter.

This is a huge decision from the disciplinary commitee, with their biggest game of the Gallagher Premiership season just a couple of days away, the ommission of these two Exeter forwards could have a huge sway on the outcome of that game.

Their opponents this Saturday, Sale Sharks, aren't without their own issues. International fy-half AJ MacGinty is out of the semis following an injury sustained against Exeter last weekend in the closing minutes, which will be his final involvement for Sale's 20/21 campaign.

“AJ is not playing this weekend,” Sale director of rugby Alex Sanderson said.

This would leave Rob du Preez the starting number 10 shirt come Saturday, which isn't a bad replacement with 1 Springbok appearance to his name.

Cameron Neild is also out the knockout stages of the premiership with an injury picked up in the same match as MacGinty.

South African hooker, Akker Van der Merwe, is also a doubt with the North West club leaving it late to decide on his fitness levels.

“Akker, we are giving him as long as we can this week, and there is a chance he might come through, but Cam Neild, there is no chance, unfortunately."