Richie Gray: Toulouse move too tempting to turn down 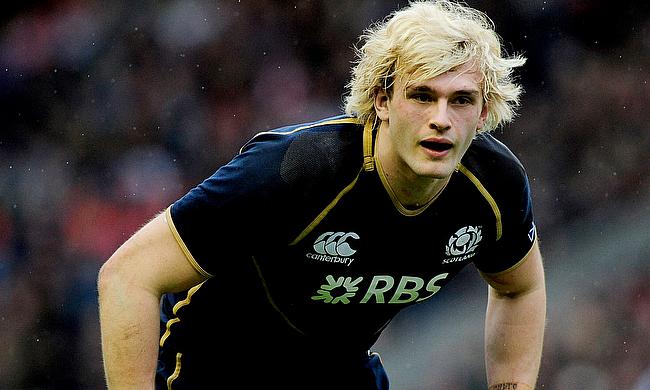 Scotland lock Richie Gray admits the chance to sign for French giants Toulouse was too good to turn down after agreeing a four-year deal with the former European champions.

The towering 6ft 9ins second-rower will leave Castres for their Top 14 rivals at the end of the season.

The 26-year-old played a vital role for Vern Cotter's Scotland side as they impressed on their way to the World Cup quarter-finals.

And now he hopes to reach new heights with the four-time Heineken Cup winners when he switches to the Stade Ernest-Wallon next summer.

The former Glasgow forward said: " This was a very difficult decision to make, I have loved my time in Castres, the club and the supporters have made my time here very special and I will leave with very fond memories.

"However the opportunity to play for one of Europe's most successful clubs, steeped in history, is an incredible one for me. When I met with the club they described their ambition and I felt this was the right move for me, to challenge myself in what is a very strong squad.

"I still have seven months here at Castres, I will give everything I can to the club in hope of achieving top six and then who knows.

"My goal for now is to leave Castres on the best possible note, I will give everything I can to the club, the players and the coaches"

Gray's representative Jason White of Red Sky Management added: " Richie's performances during the World Cup showed that he is among the best second rows in the world. The move to Toulouse will allow him to continue to grow and develop as a player and challenge to win honours in France and Europe."