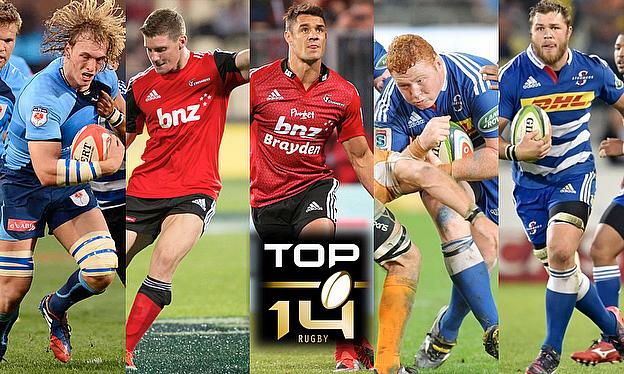 We complete our recent look at the top signings amongst the domestic competitions of the northern hemisphere with the Top 14.

With blank cheques aplenty passing hands from team owners to Directors of Rugby this season, the Top 14 is readying itself for its biggest influx of foreign talent to date, with Super Rugby in particular being pillaged for all it is worth.

Big names and big salaries don’t always guarantee success however, and we attempt to highlight the five players which represent the best business for their sides heading into the 2015/16 season.

The South African overhaul at Montpellier has been staggering to watch since Jake White’s arrival in the south of France and whilst most players represent solutions to win quickly for the former Springbok coach, du Plessis is one of a group of younger players who may see themselves in the blue of France in the future.

A dynamic lock also capable featuring in the back row, du Plessis is one of the top prospects in South Africa and his decision to move to France may prompt the Springboks to try and cap him after the RWC, in order to tie him down internationally.

Montpellier’s almost exclusively South African pack next season may be the cause of much chagrin amongst local fans, but du Plessis should become an integral part of Montpellier’s plans for years to come. The lock’s physical playing style could quickly see him emerge as fans’ favourite at the Altrad Stadium.

Pau have brought out the chequebook this year, signing Conrad Smith, Sean Dougall and Euan Murray to name but a few, but it is Slade who could have the biggest impact on their fortunes in the Top 14 this coming season.

A canny operator for years for the Crusaders, there are no real weaknesses to Slade’s game and his departure from New Zealand has not been greeted well. Many Kiwis believe Slade was at least capable of competing with Beauden Barrett and Aaron Cruden for the All Blacks’ 10 jersey, even if he was unlikely to ultimately fill it.

His game management and goal kicking will be vital to first securing Pau’s survival in the Top 14 and, if successful in that goal, kicking on and challenging higher up the table.

There has been a lot of criticism of Racing’s move to sign Carter, with many insisting they are overpaying for a player in the twilight of his career and unlikely to see the regular games that many of the other marquee signings across the Top 14 will.

Both of these facts are true, but Carter is still an excellent player and his experience and broad skill set will no doubt be a significant boon to Racing, particularly in their big European games, as well as their crucial match-ups with the rest of the Top 14 elite.

There is also the commercial aspect of this signing to applaud, with Carter expected to shift plenty of jerseys during his tenure in Paris. Like it or not, the commercial side of rugby is becoming more prominent with each passing year and Racing certainly look to be one of the clubs maximising their opportunities in this area.

The standout loosehead not only in South Africa this season, but in Super Rugby as a whole, Kitshoff should relish the physical scrummaging of the Top 14 and therefore stands out as Bordeaux’s best signing for the upcoming season.

Bordeaux will also be competing in the Champions Cup next season, and though little is expected of them given their inexperience in Europe and being dumped in a pool alongside Clermont, Kitshoff should help at least keep them competitive in the competition.

Kitshoff’s arrival in Bordeaux may be delayed by the RWC, barring an unimaginable decision by Heyneke Meyer not to select the loosehead, but at just 23 years of age, Kitshoff figures to be a big part of Bordeaux’s future, as well as their present.

Once again, you just have to sit back and admire Toulon’s recruitment. You could make legitimate cases that any of Ma’a Nonu, Samu Manoa, Quade Cooper, Paul O’Connell or Charles Ollivon deserve this spot, but Vermeulen just pips them all to the post.

The South African number eight will bring so much, on and off the field, to a side which is already in a fantastic position to make a run on an unprecedented fourth-straight top tier European trophy. Vermeulen will deliver all the measurable criteria – strong carrying, effective breakdown work and unrelenting defence – but also the intangibles, such as determination, work ethic and uncompromising standards.

This Toulon side will need time to gel, something which will be hampered by the Rugby World Cup, but once they click, it could very well be the best Toulon side we have seen to date.