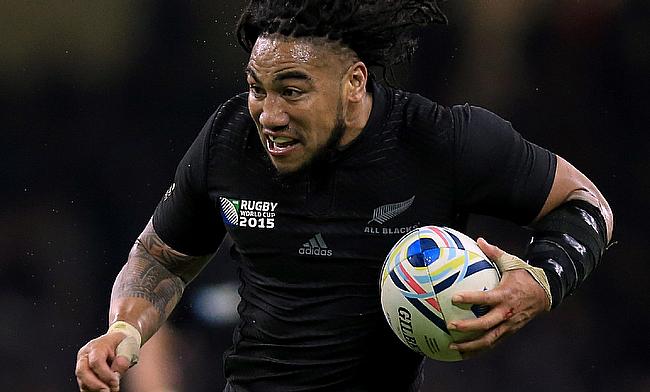 Ma'a Nonu is aiming high after his move to France
©PA

Ma'a Nonu has arrived at Toulon and immediately set his sights on silverware with the Top 14 club.

The rampaging centre is fresh from helping New Zealand retain the Rugby World Cup last month, but that success has not dampened his desire for further glories.

Speaking at his official unveiling at Toulon, winners of the European Champions Cup for the past three seasons, Nonu said: "I want to thank the club and especially (president) Mourad Boudjellal for this opportunity and I'm looking forward to playing my rugby here.

"They've won the championship three years in row, a lot of good players I've played against are playing here and I'm looking forward to playing alongside them.

"With the success of this club, everyone wants to beat Toulon and the purpose for this club is to win again. I'm here to try my best for this club and I want to achieve things here as well."

The 33-year-old was announced as the latest big-name arrival at Toulon way back in December 2014 on a two-year deal, but only arrived in France on Monday after his exploits at the World Cup.

Nonu has racked up 103 caps for the All Blacks, but his international career now appears to be over after his northern hemisphere move.

He said: "I come here for a new adventure, this is my home now and I will give my all for Toulon."

Boudjellal was delighted to unveil his new man and said: "He is a world champion and a big signing for Toulon Rugby Club. It is a great pride, he is a great player.

"His past achievements are very good - magnificent - and I hope he achieves more with Toulon."

Nonu joins a long list of stars at the Stade Mayol, including another recent arrival in Australia fly-half Quade Cooper.

Australia's Matt Giteau, a long-time adversary and now possible midfield partner for Nonu, will be another familiar face, while several All Blacks have made the move in the past.

Nonu said: "I have a very close relationship with Tana Umaga, who was here coaching and playing, Sonny Bill (Williams), Chris Masoe I know well, and I spoke to Matt Giteau after the Rugby World Cup final.

"They had lots to say about Toulon - the people are really nice and it's the place to play rugby, the fans are mad about rugby and it's a really nice lifestyle for the family.

"I've watched the Top 14 over the years and it's a great competition, a great style of rugby - similar to New Zealand footy - really passionate fans and one of the best competitions in the world."

Giteau, Matthieu Bastareaud and Maxime Mermoz provide Nonu's rivals for the centre berths and he said: "They're great international players.

"I've seen Bastareaud grow in the last four years, I was hoping (France would) give him more time at the World Cup.

"Giteau, I've played against him the last 10 years and he's been great for this club, and Mermoz as well."