Premiership 'A' Teams in the Championship 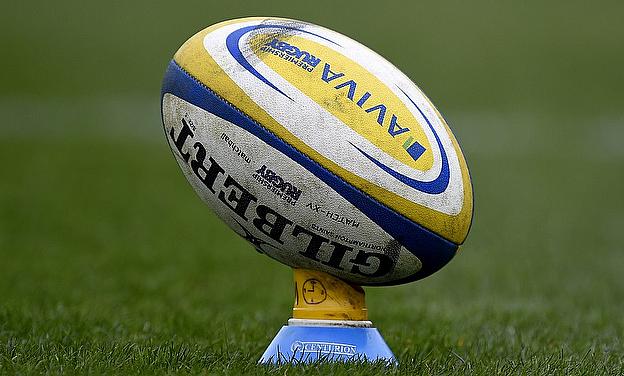 Will we find Premiership 'A' teams in the Championship?
©PA

The Exeter Chiefs may have just missed out on what would have been a debut trip to the Aviva Premiership playoffs this weekend, but they did secure entrance to Europe’s top tier of rugby for just the second time in their history.

The Devon-based club has been a huge success since its promotion to the Premiership and has been lauded by many as the blueprint for consolidation and success at English rugby’s highest level.

That said, success stories amongst promoted teams are few and far between, leading to plans to create an expanded, ring-fenced Premiership gaining traction with some of the more prominent voices in domestic rugby.

Furthermore, London Welsh’s fraught season in the Premiership and London Scottish’s essentially pointless trip to the Greene King IPA Championship playoffs (their facilities do not meet with Premiership standards) has led to a raft of speculation that they are keen to switch their allegiances to the Guinness Pro 12.

Whilst these changes, none of which have been anything more than proposed at this point, offer a lot of benefits to the Premiership and Pro 12, the significant loser is the Championship (and the divisions below).

One possible way to combat this would be to include the Premiership’s ‘A’ teams in the Championship league structure.

Increased revenues and improved academy pathways has led to Premiership teams developing significant squad depth and many could now field competitive sides in the Championship, with a mix of young emerging talent from their academies and squad players.

In addition to adding value to what would be a significantly depleted Championship, these sides would be providing their players with a competitive level of rugby previously unattainable in the current ‘A’ League.

The promotion and relegation between the Championship, National One and National Two divisions would allow for each side’s ‘A’ team to find their natural playing level within the structure and would have beneficial effects on not only these divisions, but also on the Premiership and English national team in the medium to long-term.

This would also act as further source of revenue for Premiership sides keen to remain competitive with elite of the Top 14, potentially drawing larger crowds than current ‘A’ league fixtures, turning these sides into genuine second XVs, whilst retaining their primary goal as being one of development for the club’s up and coming youngsters.

The financial benefits for the Championship would also potentially be significant, opening the league up to fans that had previously only had an interest in the Premiership, but who now find themselves following their club in a new, albeit secondary, division.

Any TV deal would likely be a sticking point, however. Under Sky’s current agreement with England rugby, they have exclusive access to the Championship, airing a minimum of 11 games per season, up till and including the 2019/20 season. The ‘A’ teams however would likely come under the jurisdiction of BT Sport, due to their affiliations with their parent sides in the Premiership.

In theory, a compromise to share the coverage should be simpler to brook than the recent spat involving European Rugby Champions Cup coverage, given that a restructure would add value to Sky’s current Championship coverage, as well as giving BT much-needed content as a growing broadcaster.

There are a multitude of further issues to resolve, not least where would the sides enter the current league structure or even if the current structure could accommodate them, but with any restructuring of the Premiership likely to cause significant disruption, it would make sense to coincide a revitalising of the Championship and below at the same time.

It’s a model fairly similar to the one used in Spanish football, and though that structure is suffering through self-inflicted financial difficulties, has proven to be extremely conducive to producing home-grown talent and keeping the teams at the top competitive with the very best in Europe.

It’s a dramatic proposal, one that will likely encounter plenty of opposition, but should the Premiership fence itself in and the Exiles find a way to jump ship to the relegation-free pastures of the Pro 12, steps need to be taken to ensure the long-term survival of English rugby outside of the Premiership.