Who will seal the final Premiership play-off places? 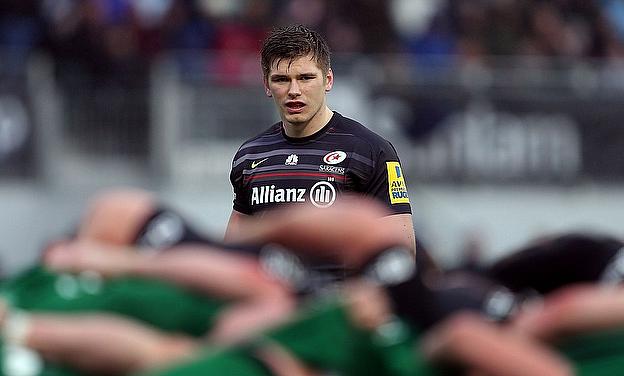 Three into two doesn’t go. That is, however, the equation facing Leicester Tigers, Exeter Chiefs and Saracens ahead of this weekend’s final round of Aviva Premiership fixtures.

Reigning champions Northampton Saints and a resurgent Bath have already qualified for the play-offs but the fight for the remaining two spots will be the highlight of Saturday’s fixtures.

And with London Welsh’s relegation to the Championship long since confirmed, most eyes will be at the top of the table although there is still plenty to play for with European places and important prize money at stake for the rest.

Sunday’s brilliant 24-20 win for Exeter over Saracens has left them both level on 63 points, just one point behind Leicester, who have turned around a poor start to the season to come into form at the right time.

That solitary point between the three sides means that every try, penalty and conversion could be crucial as a bonus point here or there might just decide the outcome. It is also possible that all three sides could end up level on 68 points.

Despite being in third place, Leicester arguably face the most difficult task on Saturday as they host leaders Northampton at Welford Road. The Saints won’t need any extra motivation heading to Leicester, but giving them a chance of preventing the Tigers from reaching the play-offs will add another bit of spice to the encounter.

And Saracens are away to London Welsh which is as close to a guaranteed victory as anything in professional rugby. Welsh have picked up just one point all season and Saracens will be confident of not only winning, but scoring the four tries to claim the bonus point too and boost their points difference.

Exeter, meanwhile, host Sale Sharks and they will be favourites to win that one although Sale are in seventh place and themselves pushing for a European play-off place. No easy task for the Chiefs at Sandy Park.

So, assuming Saracens comfortably beat London Welsh, that leaves Leicester and Exeter effectively battling for the final play-off spot and that is where the results on the final day are so important.

Number of wins over the season will determine which side finishes on top should the points totals be the same so if Leicester make it to 68 points by beating Northampton by any margin, their 15 wins puts them ahead of both Saracens and Exeter.

That is a huge boost because few would bet on them picking up a bonus point on Saturday, no matter what the best value rugby odds might suggest.

That leaves Exeter hoping Northampton can do them a favour as even if they beat Sale with a bonus point, they can’t surpass Leicester’s number of wins and their points difference – the second tie-breaker – will be inferior to Saracens’ unless either London Welsh produce the performance of a lifetime or Sale seriously underperform – neither of which are likely.

The bookmakers rate Leicester and Saracens favourites to go through, but which two sides do you see making it through to the play-offs?