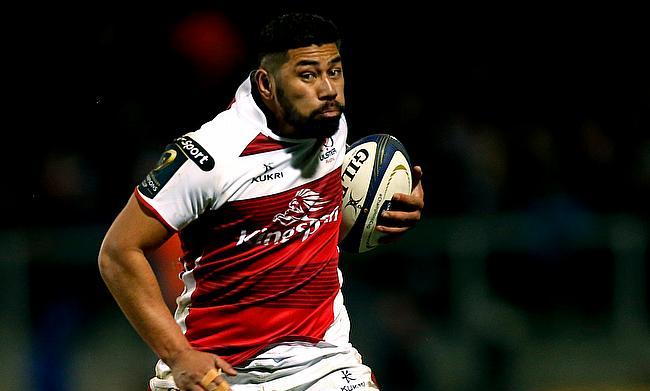 Ahead of his appearance for the Barbarians against England this weekend, Bristol Bears’ Charles Piutatu says his club side can improve after an encouraging return to the Gallagher Premiership.

“As a team, reaching the top six was one of our goals this season and to fall short of that was a bit of a downer,” Bristol Bears full-back Charles Piutau started. “I think that we learnt a lot as a team and there is some room for improvement and growth next season.”

Returning to the Premiership after two seasons with Ulster, Piutau again amazed crowds with his attacking prowess and helped Bristol to a ninth place finish on the clubs return to the top division of English rugby.

Many thought that Bristol’s season would result in the same fate as the last time they gained promotion to the Premiership; relegation. In the end it was Newcastle who finished 12th, but despite having surpassed many people’s expectations, Piutau believes there is still room for improvement.

“I think there were a lot of those thoughts from outside the club (that Bristol could be the relegated side), but I guess that for us as a team, we thought that we were much bigger than that and we were keeping our eyes higher up the ladder,” Piutau said. “Although we stayed up, we still feel as a team that we underachieved. So, we’re really looking forward to next season.”

Representing the Barbarians this weekend against an England XV, some of Piutau’s Bristol teammates will be playing for Jim Mallinder’s England. Piers O’Conor and Callum Sheedy have both enjoyed breakthrough seasons underneath Pat Lam’s tuition and in Piutau’s eyes, this is a sign of things to come at Bristol.

“It’s always great to see boys making higher honours or getting called up into representative teams. The two that have been called to that England squad, it is well deserved and goes to show some of the talent that is in the team. We hope as a club that we can get as many guys at the club playing for England.”

?? These 2? young men have enjoyed outstanding breakthrough seasons in @premrugby and will sign off the campaign on the international stage. ??

Piutau is one of three All Blacks on the books of Bristol and is being coached by Pat Lam for the second time in his career, having played under the former Samoan international briefly at the Blues in Auckland.

“I think that no matter what team he is coaching, there is always a plan,” Piutau said. He gets everyone on board, everyone is clear on what we want to achieve as a team. I think that is something unique about him. He gets the message across in a very clear way and we have a good time.”

Lam impressed fans and pundits alike with his plan for Bristol, aiming to have the side in the Champions Cup sooner rather than later as well as having an emphasis on developing local talent. An opening night victory over West Country rivals Bath got many believing that Bristol wouldn’t be just another side that would go straight back down.

This is Piutau’s second time as a Barbarian, last playing for the side in 2013 and it’s an experience that the 27-year-old feels very privileged to be a part of: “It’s quite a special group and not everyone gets an opportunity to play for this side so there is that aspect of it,” he said. “It is a privilege and an honour to be a part of this club.

“You look at its history and the players that have played in the past, or even the teams and the results that they have gotten against the likes of New Zealand and Australia, the top tier nations.

“For myself, coming into a team with unique guys, mostly guys that you play against, you get to know them, make relationships.

Since his last turnout in Black and White hoops, there has been an addition to the Barbarians family. A women’s side have been introduced to the club and this week both sides have been spending time with one another in the lead-up to their games at Twickenham on Sunday. Piutau believes that the inclusion of women within the club is a sign of things to come.

“We’ve already caught up with them during the week and I think there are a couple more times this week that we’re doing stuff together. It is great to see the women experience the Barbarians as well, also it is great for the future.”

With Sunday looming, it is unusual for there to be so much expectation upon a Barbarians side. Usually known for their flamboyant style of play with very little emphasis on defence, the side was dominant last year against England and paved the way for Chris Ashton’s return to the national side after the Sale Sharks man scored a hat-trick of tries.

“I think that has (last year’s win) definitely put some pressure on us to go out there and put out a good performance. We’ve seen some of the highlights of that game and what a win. There is certainly some expectation out there. So, we’ll have to live up to it.”