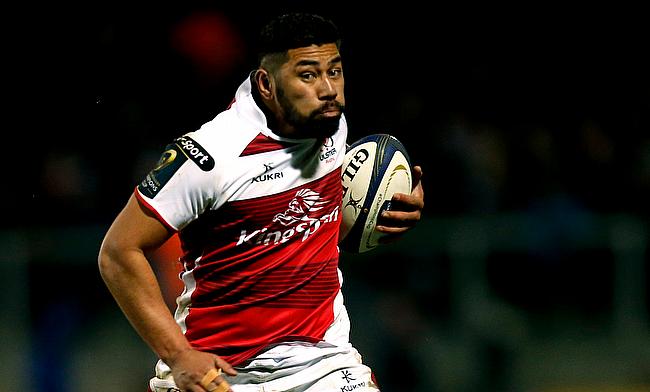 All Blacks fullback Charles Piutau admitted that his decision to choose club over the country was a straightforward decision.

The 25-year-old let go an opportunity to represent New Zealand at 2015 World Cup as he signed a deal with Ulster ahead of the 2016/17 season before a short stint with Wasps.

With his contract with the Irish regional side about to end at the conclusion of the ongoing season, Piutau had talks with the New Zealand Rugby Union over a possible return to the Super Rugby but instead now has signed a lucrative deal with Bristol that begins next summer.

"First maybe there was an option to go back to New Zealand," Piutau told Press Association Sport.

"After catching up with people in the union it became clear that I didn't want to go back.

"So after that it was an easy option for me, to stay in the north.

"Then I started talking to a few clubs, and I found Bristol was a perfect fit for me.

"I was born and brought up in New Zealand, I love the All Blacks jersey and I love what it stands for.

"But when it comes to a place when you can provide for your family and there's a better opportunity, to me it was an easy decision. I'll always choose my family over anything else.

"I'm so thankful for everything that happened in New Zealand, but as well as wanting to provide for my family, I also wanted to experience this side of the world.

"Ulster have been amazing with me, and I've really enjoyed my time here playing for the club and in the city of Belfast.

"So I want to make the most of everything in my final year here."

The former New Zealand Under 20 made his international debut in June 2013 and featured in 17 Tests in a span of two years during which he scored five tries.

He is also part of the players' board of Pacific Rugby Players' Welfare (PRPW) that is aimed to help Pacific Islanders cope with their life overseas - an initiative that was set up by former Samoa international Dan Leo.

Piutau will join his elder brother and Tonga international Siale at Bristol next summer with the Ashton Gate outfit aiming to gain a promotion back to the Premiership this season.

"I'm the youngest of 10 siblings so I always wanted to find my own two feet," said Piutau.

"I always had that family support around me and that's a good thing but at the same time, coming overseas, it was hard, but I knew it would help me grow as a person.

"In the same way that I want to give back to my family, I also had help from friends and team-mates I'd played with before when I was settling in at Wasps then Ulster too.

"Joining PRPW is a chance for me hopefully to give back to the Pacific Islands community in a small way.

"For players to know they have a support network and a voice when playing in Europe, I think that's important."