Callum Sheedy - From Millfield to the Mem.

Callum in action for Bristol United 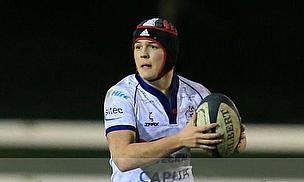 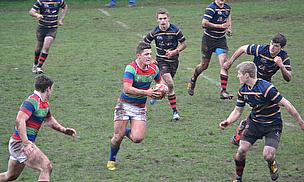 To cap off a brilliant season of schoolboy rugby, after lifting the famous Rosslyn Park Sevens trophy, Millfield School captain Callum Sheedy has signed a professional contract with Bristol.

Born in Cardiff, Callum attend Corpus Christie High School until the end of year 11 when he had the opportunity to move to Millfield School in pursuit of a rugby career.

Since then Callum has never looked back, after captaining, possibly, the country’s best schoolboy rugby team and leading them to a historic win in one of the country’s most prestigious schoolboy tournaments – the Rosslyn Park Sevens.

A versatile, attacking 10, who has every string needed in his bow, Callum was sought after by a number of high-level clubs, but it was Bristol, with their exceptional development plans for the future, who sealed the deal.

Although, unfortunately, after finishing at the top of the RFU Championship this year, it wasn’t to be the fairy-tale ending to the season for the West Country side, as they were comfortably beaten in the playoff final to London Welsh.

After suffering a heart-breaking 19-point defeat under the floodlights at the Kassam, the deficit proved to be too much for Bristol, who, after leading for almost the majority of the game, fell to another 21-20 defeat at their own Memorial Ground.

However, with former Scotland Coach Andy Robinson at the helm, and an influx of incredible talent for next season, Callum will be able to learn from some of the best in the game at a fantastic team.

Talking Rugby Union have pinpointed Callum as a definite ‘one to watch’ for the future as he takes a rightful position in our site’s highly successful ‘Emerging Talent’ section, which already boasts features on the likes of England winger Jack Nowell, Munster flanker Sean Dougall and fellow Millfield teammate Tom Whitely who has signed a contract with Saracens ahead of next season.

TRU Editor Austin Halewood caught up with Callum after his move was announced, to talk about his signing, his hopes for the future and all things rugby.

“The move got finalised a few months ago and, to be honest, it still hasn’t really sunk in,” Callum admitted. “I just can’t wait now for the new season to begin and for me to get going in that – I’m really excited.

“I went down to the club, trained, and then played a couple of Bristol United games against Worcester and Oxford University.

“I absolutely loved it, felt really at home there and it all just sort of worked. Then, before I knew it I was signing the contract and getting ready to go from there next season.”

When deciding where his future would lie, Callum maintained that it was just something about the set-up at Bristol and the club itself that confirmed that was the place for him.

“I went down to their training ground and spoke to Andy Robinson and the rest of the coaching staff there and I just thought that the ambition of the club and the drive, and where they want to be was perfect for a youngster like me coming in.

“Obviously the location – being at home for me – is ideal and it was just the set-up there at the stadium and the training facilities that are fantastic.

“The club is definitely on the up and I think it would be a fantastic journey for me to be a part of – I’m really excited.”

Callum’s tenure at Bristol will begin with next season’s pre-season training, just a month after the disappointment of the Championship final, at the end of June.

“I’ll be playing some sevens, and have done recently, then it’s a couple of weeks off before we hit the ground running straight into pre-season.

“My own personal plans for it haven’t been set in stone yet but I know it’s the end of June when we get underway and I’ll meet up with everyone.

“Then it’s all about a few months of real hard training before we start the season.”

Andy Robinson has recruited a number of top flight players, including former Wales Captain Dwayne Peel and another in the shape of Lion Ryan Jones, chosen to lead the team.

Jones suffered a nasty ankle injury in the first leg of the playoff final against London Welsh; however, he will be hoping to be fighting fit for the start of next season as Bristol set their sights once again on promotion as certainly one of the league’s strongest sides.

Robinson has built for the future, and the Premiership, since his appointment at the club and the signing of Callum, straight from college, is a real testament to the young fly-half’s potential in the game.

“Andy Robinson is obviously a very ambition man, and an ambitious coach, who has a real drive within Bristol and a belief that within a few years we can really be one of the best sides in Europe really.

“They said there will be plenty of opportunity for me to express myself and what I can do there. Obviously, as a youngster, that’s just perfect for me – I want to play and that’s what he said he can offer so it’s going to be fantastic, yeah!”

After moving from Cardiff over to England and Millfield at such a young age, Callum will be the first to admit that he has a lot to thank his old school for in his rugby development.

Noted for developing some of the country’s best talent, including Mako Vunipola – who also moved from the school straight to Bristol – and Tom Whitely, as mentioned before, Millfield is at the forefront of schoolboy rugby, helping to prepare its best talent for a career in the game.

“I moved there for Sixth Form,” Callum explained, “and when I had the opportunity to come over to Millfield I thought this is another world!

“It didn’t take me long to decide to come there and the rugby, under Mr Mallet and Mr Brimacombe – two of the best coaches I have ever experienced – is fantastic.

“They are unbelievable coaches and they’ve helped me so much; my game’s improved so much. I couldn’t have asked for a better two years here in sixth form.

“It’s set me in really good stead now for the future and to take the next step in my life.”

Of course the highlight of Callum’s career there, and particularly this season, was the sevens – going undefeated in eight tournaments and winning the Rosslyn Park Sevens.

“It was absolutely unbelievable – to go eight tournaments out of eight in the sevens season was far beyond our expectations. We obviously go into every tournament wanting to win but to do that is just something else and it’s been an absolute privilege to be part of such a great team and play alongside some awesome boys.

“When I was in Lower Sixth, the year before, we got knocked out of Rosslyn in the group stages on the first day so it was a bit of a haunted place for me to go back to again and I was so determined to not have that happen again.

“To go on and win it, though, was absolutely incredible and it will be a memory that will stay with me forever.”

A few weeks ago, however, there was a repeat of the Rosslyn Park final at Twickenham between Millfield and runners-up John Fisher School at the ninth and final round of the HSBC Sevens World Series but, due to an international call-up, Callum was not available.

“Yeah, it was strange,” Callum admitted, “I was at a training camp in Ireland for the U19’s sevens and we were narrowing the squad down then for the European Championships in Lisbon and I managed to make the squad.

“I spent the weekend in Portugal instead for the FIRA Championships, which was a dream come true and an unbelievable experience.

“I was obviously gutted to miss the Twickenham game but so proud to get that international cap.”

Ireland played matches against Germany, Denmark and France in their group and won the first two games comfortably, before narrowly losing to France by just two points.

“Losing to France by just two points ended the first day on a bit of a down. We came back on day two, though, the quarter finals against Russia and, unfortunately, that just didn’t go our way.

“We had a couple of players in the sin-bin and then just ended losing 7-5, which sent us into the plate competition.

“The boys really stood up in that and we ended up winning it convincingly. It was a good way to bounce back from losing to Russia and to be able to play out there was unbelievable.”

“Well, I’m born in Wales and my mother’s Welsh, but my farther is Irish and so is the whole of his side of the family – so, yeah, I’m half Welsh, half Irish.

“To play for any one in the future would be an honour!”