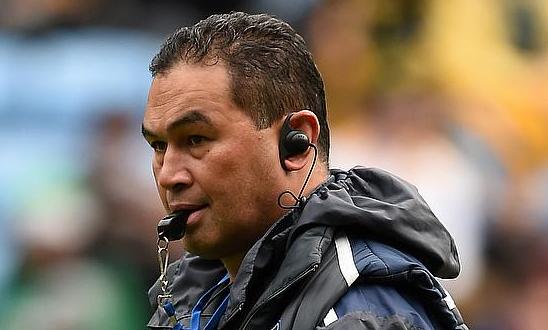 Pat Lam is moving Bristol in the right direction
©PA

While expectations mount in anticipation over the next few days before the eventual return of Premiership Rugby, an engaging side story is brewing in the West Country, all thanks to former Samoan player and coach Pat Lam.

For the most part, teams promoted from the Championship find themselves confronted with the prospect of a solid, almost unscalable wall standing between themselves and Premiership status that is in excess of a single season.

However, there has been a distinct change in the winds at the bottom of the table this August with the newly rebranded ‘Bristol Bears’ not only boasting an outrageous number of genuine stars but a Head Coach with the charisma and track record that rather uniquely suits the tests of the promotion process.

When the former Connacht boss was posed with the question of whether evading relegation was an agreeable achievement in its own right this year, his short, blunt, yet well-natured reply leaves no room for doubt.

?? The most competitive season ever?

“No. We made it clear, the Champions Cup.” Lam affirmed. “Top six is the bottom, the bottom for me, end of story.”

An ambitious challenge that many will label as foolish, but with Bristol aiming for a top-half finish this season, the simple question of whether they will still be a Premiership team in nine months time has become more than just plausible to most fans, but probable.

Bristol supporters will receive a further boost in reading that not only does Lam believe that his squad are right on track to realise their ambitious plans, but have enjoyed one of the best pre-seasons the 49-year-old has been involved in throughout a lengthy career within professional rugby.

"[It’s been] one of the most enjoyable ones,” Lam said of his side’s summer developments. “We've broken it into three phases and guys came back relatively early and as always, we've put a lot of work into our skill and games.

“Then we gave them a couple of weeks break and came back again. That's when the new signings joined, some of the new ones came early, by choice, which is pleasing and then we ramped it up again, culminating with a great week in Portugal where we put a lot of volume into them and asked a lot of tough questions, which they answered on and off the field.

“We found some really good talent as well, had a little talent contest, and now we're ramping up to the games, so we're on track.

We understand this place [Ashton Gate] could be full and it's a responsibility of ours to come out and celebrate here. The game is a celebration of what we do, and we're nicely on track.”

Thoughts turn to the nuts and bolts of Lam’s plans for the Bears future, discussing the vision and processes currently being overseen by himself, owner Stephen Lansdown and Chairman Chris Booy.

??| #BristolBears are hosting a lunch for players’ families today.

Pat Lam will present the club vision to the parents and partners of the squad and staff.

Lam explained: “When I got clarity on the vision from Steve Lansdown and Chris Booy, I simplified it to aspiring our community for rugby success.

“Then the next three objectives underneath that is to become a Champions Cup team, having players playing for England, because there are no current Bristol players in there [Eddie Jones’ England squad], and that we need Bristolians playing for Bristol as well, because that aligns us with our Academy and all the good work at schools and clubs.

“So that was out there all clearly set out. Everything that we're doing is geared up to make sure that we're heading in that direction.”

Since their last Premiership stopover during the 2016/17 season, Bristol have shed a total of 35 players, with a new look playing and coaching set up ready to take to the top tier of English rugby.

If they are to attain success in this goal, the Bears will have to ensure the same mistakes are not repeated this time around, a view Lam also seems firmly set on.

“Certainly, when I considered taking this job, I looked at the history and one of the first ways I started showing everyone was through the results of the last 10-years, which wasn't great reading.

“So, all that indicated when I asked them was that I wanted them to have ownership and awareness. Change needs to happen.

“Obviously, I knew what changes I wanted to bring in because obviously I spent six-months observing before I actually started. Talking to people I could see straight away what I needed to change.

“The first thing was getting real clarity in what we were trying to do. We need everyone to understand, this is the bus, the Bristol bus is driving in this direction.

“If you're going to be on it, you need to be clear here and if you're not you will probably be asked to move off. Also, people coming in have to have clarity there.

“There were a lot of good people working here before, working hard, but they were all going in different directions. The blessing last year of being in the Championship was that that was more important than the rugby game, tidying up everything as an organisation so that we can get the foundations to get on where we're going.”

The Bristol Bus will officially, if not metaphorically, leave the station this weekend when the Premiership returnees host local rivals Bath in the Gallagher Premiership's maiden fixture.

Round One of the new season gets underway this Friday evening at an Ashton Gate Stadium in front of a new club attendance record, with fans eager to see Premiership rugby once again grace Bristolian turf and start the 2018/19 campaign with a bang.