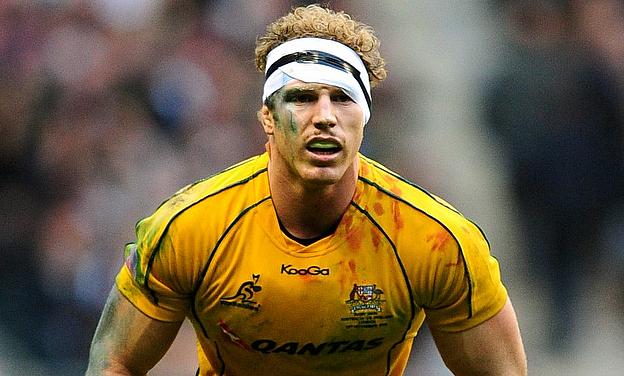 David Pocock scored a hat-trick for the Brumbies
©PA

The Brumbies moved to the top of the Australian conference in Super Rugby with a 33-20 bonus-point win over the Western Force on an emotional night in Perth.

Both teams wore black armbands and observed a moment's silence before kick-off in honour of former All Black Jerry Collins who was sadly killed in a car crash along with his wife in France in the early hours of Friday morning.

When the action got under way, it was David Pocock who stole the show with a hat-trick of tries and Christian Lealiifano added 13 points with Allan Alaalatoa also crossing.

Tetera Faulkner and Luke Morahan went over for the Force with Zack Holmes booting 10 points.

Pocock had his first try after 11 minutes as the Brumbies drove forward from a line-out and the back-rower pounced over from the base of the maul.

Lealiifano added the extras but two penalties from Holmes narrowed the gap before the Brumbies fly-half had a try of his own.

Ben Alexander ploughed forward and when the ball came out of the ruck, Stephen Moore showed quick hands to free Lealiifano, who converted his own try.

Pocock's second arrived just before the half-hour and once again came from a maul as he broke out and crashed over with the conversion successful again.

Steve Mafi was sent to the sin bin for collapsing the maul which Pocock scored from but the Western Force held out and it was 21-6 at the break.

Yet another line-out drive allowed Pocock to seal his hat-trick and at 33-6 with just 13 minutes remaining, the game was over as a contest.

Faulkner pounced over after some good work near the try-line and Morahan raced in with Holmes converting both in the last 10 minutes but it was too little, too late for the home side.