10 things we learnt from Super Rugby round 16 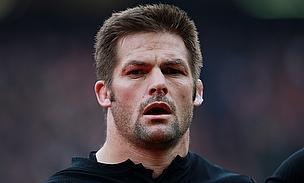 1) Dan Carter and Richie McCaw still have the ability to compete with the young stars of Super Rugby.

Carter also showed why he is such a good Number 10 as he ran the cutter for the Crusaders and was in many ways the catalyst for the comfortable Crusaders' victory.

2) The Crusaders and Lions are not completely out of the running.

They will have to get plenty of other results going their way, but if the Crusaders and Lions can win their remaining match (Lions) or matches (Crusaders), then they could still make the Top Six. Plenty will depend on the second Australian team, with the Waratahs and Brumbies both on 42 points at the moment.

3) Are the Hurricanes running out of steam?

The Hurricanes do have two tough games remaining, but have they taken the foot off the throttle, going down to the Crusaders this week. They were comfortably beaten in the end.

5) The Hurricanes win over the Crusaders was the biggest upset of the round, with approximately 20 percent of SuperBru tipsters picking it.

Wins for the Lions, Highlanders and Reds all split the tipsters, and these types of games are dangerous, because it gives tipsters the opportunity to make plenty of ground. Not only do you not get points if you get these games wrong, but your conference rivals get the points.

6) There were some surprisingly big margins, with the Crusaders, Highlanders, Reds and Stormers winning by comfortable margins.

7) Six out of seven matches were won by the home teams.

There have now been 64 out of 106 games won by the home team and continues the recent dominance of home teams.

8) There were three losing team bonus points in Super Rugby Round 16, with the other four games all having higher than average winning margins.

9) It is difficult to know if some teams like the Force and Cheetahs have given up.

We have also seen some teams officially out of the running to make the Top Six, with the Rebels gone, while it is going to be almost impossible for the Bulls to make it.

10) Are the Highlanders now the team to beat?

The Highlanders returned from South Africa via Perth and beat the Chiefs in Invercargill for the first time in their four visits. Most teams struggle first game back, but they won a game that was set to be a tough match, easily 36-9.

It is amazing for a team mainly made up of players not wanted by other New Zealand franchises. In one try to Waisake Naholo, he showed just why the All Blacks selectors are interested in him. There are now two things to consider for the Highlanders, when to rest their three star All Blacks and why despite having the second highest number of points, they are in fourth spot!

What did you learn from Super Rugby Round 16?