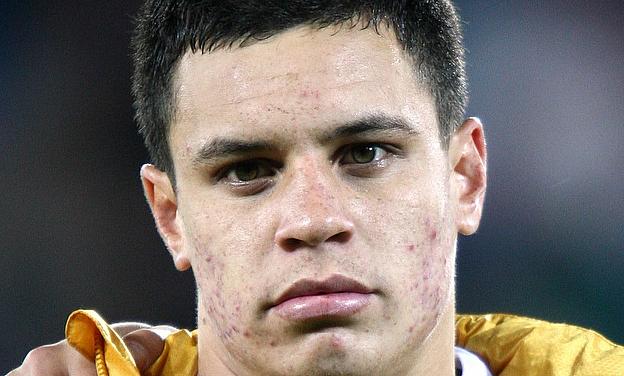 Toomua opened the scoring then wrapped up a convincing victory with a 50-metre sprint, with Joe Tomane and Kuridrani also on the scoresheet as the Brumbies claimed a four-try bonus point.

Brad Weber and Josh Hohneck crossed for the Chiefs as they attempted to stage a second half comeback, but the home side was too strong.

Gareth Anscombe slotted the first penalty of the night for the Chiefs in the ninth minute before Christian Lealiifano levelled things up shortly afterwards.

The Chiefs quickly edged back in front, though, when the ball was kicked deep by Tim Nanai-Williams and the backtracking Brumbies gave away a penalty.

Toomua then scored the first try of the match when he stormed over from close range after a concerted build up which was duly converted by Lealiifano, who fired another penalty to leave the score poised at 13-6 at half time.

The Chiefs opened the scoring with another penalty early in the second half through Anscombe, but after that it was almost all the Brumbies, as first Nic White slotted a penalty then Tomane crossed and Kuridrani scored twice for the hosts with James Lowe in the sin bin.

Nick White slotted a conversion then added a long-range penalty to put the Australian side 36-9 up, but the Chiefs were not done and replacement half-back Weber hit back with a 73rd minute score from a quick tap 15 metres out to score near the posts for a try converted by Andrew Horrell.

Hohneck added another late score for the Chiefs as they tried to keep their hopes of claiming a bonus point alive with Horrell kicking the conversion in off the posts, but it was all in vain as Toomua streaked away to score his second from a turnover near the halfway way in the last minute.