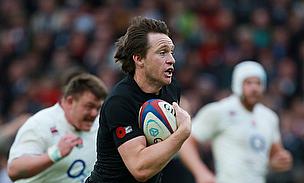 The Highlanders have thumped the Chiefs 36-9 in Super Rugby Round 16 in Invercargill, despite never beating the Chiefs there and only just returning from their South Africa tour.

Despite being the slight favourites going into this game, the Highlanders showed that they are an improving side and hopefully if the injury curse stays away, they can be a serious threat in Super Rugby 2015.

The win takes the Highlanders to 48 points since they scored a four-try bonus point in dewy Invercargill conditions through tries to Richard Buckman, Patrick Osborne, Waisake Naholo and Ben Smith, as the Highlanders showed what an attacking force they can be.

Naholo and Osborne showed that they must be considered for the All Blacks Rugby World Cup squad, while Ben Smith showed why he is one of the world's best fullbacks.

As a Highlanders fan, it is great to see the team gel so nicely and for the backline to be such a big threat for the first time since the golden late 1990s.

The Highlanders had never beaten the Chiefs in Invercargill before, but they changed that. The Chiefs were missing most of their established stars for this game and were unlucky not to be awarded a Damian McKenzie try.

Who was your Man of the Match?

It is hard to pick a man of the match in such a great win, but it must go to Ben Smith who not only played to his usual high standards, including scoring a try, but he received recognition for playing 100 Super Rugby matches for the Highlanders. What a star!