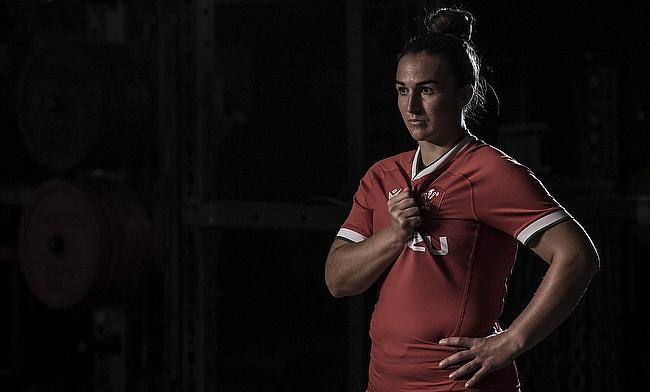 Why the ‘Phenomenal’ Allianz Premier 15s needs visibility
Vicky Fleetwood Exclusive: Global competition can create a brighter future for players
World Rugby launches global tournament for women's competition
Grassroots rugby in Scotland one year on: “We just can’t wait to be back on the pitch again”

Having not played a competitive match for so long, everything is about the future for Wales, but head coach Warren Abrahams hopes a blast from the past can inspire his charges to great things going forward.

On Saturday evening Wales will be in Vannes to take on France in the Pool B opener in the Women’s Six Nations.

When Wales were last in France in February 2019 the visitors lost 52-3 in Montpellier, but a lot has changed since then.

Since November 2020 Abrahams, the ex-USA women's assistant sevens coach, has been in post and, with a World Cup to look forward to in New Zealand in 2022, there is a real buzz around the female game in the country right now.

Abrahams has been exploring lots of ways to bring the wider Welsh squad closer together as a unit after a tough year or so since the first lockdown arrived - and getting old photo albums out has been one of those ways.

“We have been exploring our lives, what makes us tick and why we want to represent the badge,” Wales skipper Siwan Lillicrap told TRU at the virtual Women’s Six Nations launch this week.

“Part of that was when we looked at photos of us all when we were younger and playing rugby to remind us what made us fall in love with the sport in the first place.

“We have explored a lot of things about Wales and what it means to us - the three feathers, the Welsh dragon, the daffodils - and the exercise has made us understand each other better, we know what makes each other tick in a positive and a negative way, and that is so important in a team game and in a big group which will be spending a lot of time together in the next month or so.

“We have explored ‘what are the things that put us all in that special place?’ so that we can hopefully take the team to a place it hasn’t been before.

“Warren has really tapped into that and challenged me as a leader to bring that to life and take it forward so that it helps the team.

“We have done a lot of work on our unity and culture away from the pitch on Zoom at first and now in person in camp.

"We now want to show that unity that we have built up in games going forward.”

Attacking style: “We want to bring that to life this weekend”

All the six teams involved in this tournament which runs until April 24 will be looking to put their stamp on things over their three games.

For the Wales players, from now until the World Cup late next year, it is about the players putting into place the style of play that Abrahams wants from them and feeling comfortable in those structures in attack and defence.

“We have done a lot of prep, we started training back in September and October for the delayed 2020 Women’s Six Nations match with Scotland which did not go ahead and we have been back in prepping for a while since then,” 33-year-old No. 8 Bristol Bears player Lillicrap states.

“We want to now see where we have come in the last 12 months away from home against outstanding opposition in the shape of France and recently Warren has thrown a different brand of rugby into the mix.

“It is a bit more of a ‘play what’s in front of you’ style, an attacking style of rugby where we attack the space - we want to bring that to life this weekend.

“We have been grafting hard as a squad, we have been tested by the coaches in ways we haven’t before and we have had to think about things differently.

“The opportunity to represent Wales is always really special, obviously the sport in Wales is on a big high at the moment after the men won their Six Nations and, as players, we have all been itching for this opportunity for a while.”

Wayne Pivac: “There is no reason you can’t rip up the form book”

Wales men’s head coach Wayne Pivac spent the morning on Thursday with Abrahams and the squad before they headed for France.

The New Zealander told Lillicrap and her players:  “Providing the team is focused, well prepared and you have belief in yourselves, there’s no reason you can’t perform well and get good results, no doubt proving a few people wrong on the way.

“Most people would probably have placed our men’s squad in about fifth place before the start of our Six Nations tournament. That’s actually a great place to be when people are writing you off.

“Our campaign just shows that if everyone knows their roles well and you have a ‘play by play’ mentality, there is no reason you can’t rip up the form book.

??Happy Easter weekend from #WalesWomen as they prepare to set off for France to kick off their @Womens6Nations campaign
| Pasg Hapus oddi wrth Menywod Cymru ??
???? You can watch the game live Sat 8pm BBC iplayer ?? pic.twitter.com/nxLA2uy3qh

“I enjoyed watching the training session and was particularly impressed with the communications skills of the squad, that’s always a great sign.”

In terms of the 23 heading to Vannes, two uncapped players are in the starting XV in the shape of Saracens prop Donna Rose and Sale scrum-half Jess Roberts.

Exeter scrum-half Megan Davies, who has been called up to the squad to replace Keira Bevan who has been ruled out with a leg injury, will make her international debut if she comes off the bench.