Grassroots rugby in Scotland one year on: “We just can’t wait to be back on the pitch again” 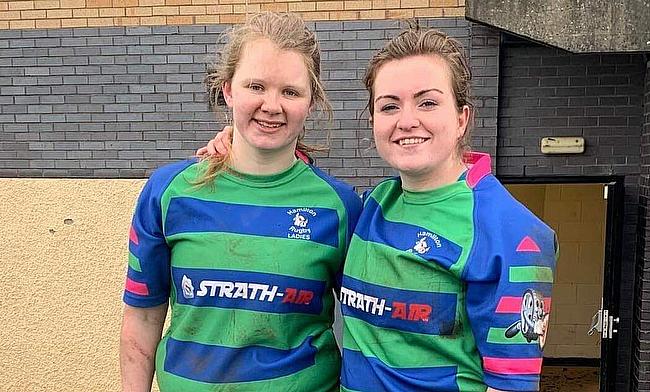 Gill Burns MBE: A trailblazer for the women’s game and challenging the status quo
TRU’s Elizabeth Cartwright: What Rugby Means To Me
Fundraising effort in Eilidh’s memory is a success: 'She was simply the best team mate and friend'
TRU Talks: Jessica Hayden on the Rugby World Cup postponement and more

On March 15th 2020, Hamilton and Ardrossan Accies women’s teams were the last amateur sides to play a competitive fixture in Scotland before the suspension of rugby came into place at 6pm that day.

That evening, everyone was bracing themselves for a sizeable break from action due to the pandemic, but most clubs below the pro level did not imagine that a year on, they would still be waiting to take to the field again.

Since that day, the only Scottish sides who have played any competitive rugby have been the men’s and women’s national teams (though the latter have played just once) whilst Edinburgh Rugby and Glasgow Warriors have competed in the Pro14, with their two ‘A’ squads also having one hit out.

The semi-pro Super6 teams and club players did get back to some training for a spell in 2020, but every time it looked like matches were getting closer, restrictions tightened and the prospect moved further away.

In all likelihood, the best we can hope for is that the 2021/22 campaign gets underway as normal in August/September and, as a result, there are hundreds of players up and down the country - male and female - who are itching to get back out there and play matches when it is safe to do so.

“We just can’t wait to be back on the pitch again,” Lorraine Snaddon, who was the star for Hamilton with an amazing 42 points in an 87-5 triumph in the last match they played, told TRU.

“During the week leading up to that Ardrossan match, Scottish Rugby had said that clubs could call off games if they wanted to, but both teams wanted to play and, in hindsight, I am so glad the Sarah Beaney Cup Pool D match did go ahead on the 3G pitch at Dalziel Park.

A year ago @HamiltonBulls + @ArdrossanRFC women were the last amateur rugby teams to play a competitive fixture in Scotland before the suspension of rugby came into place - I reported on the Sarah Beaney Cup clash for @theoffsideline, let's hope to see grassroots sport back soon pic.twitter.com/74wiS8Qi3O

“We were all buzzing to be the last people to be playing a game before lockdown. We thought it might be a few months away from the game. We didn’t think it would be this long.

“It has been quite a tough time, everyone who loves rugby just wants to play, but the squad and our Coach Aiden [Curran] have been excellent throughout the last 12 months.

“Any time we have been allowed to train - whether that has been socially distanced, in small groups, just fitness or whatever - he has held sessions and even if only a few of us were there, he still took them and kept encouraging us to stay active and look forward to better times.

“Your rugby team is like your community, so when you lose that contact three times a week or whatever it may be, you can feel a bit lost and a bit isolated.

“There are also some members in our team who have been working flat out on the front line dealing with areas of the pandemic and others who have suffered personally during this time, so we have just tried our best to be there for each other and keep the chat going on WhatsApp groups and such like.

“The person who deals with the social media for our team, Ceri McWhirter, has been great, she has kept folk involved with Instagram takeovers and things like that and everyone has just tried to really help each other through this.

“We had very strong bonds anyway, but I think all of this has made us even closer and it will be a great day when we can play a game together again and then socialise together and with our opponents after the game.

“Rugby is such a social game and although these have been tough times, we are all excited for the future at Hamilton.”

“Aiden and the senior players have created a great environment”

In the match against Ardrossan 12 months ago, Snaddon - whose partner Louise Houston skippers the team from No.8 - really was on fire for Hamilton, scoring four tries and kicking a stellar 11 conversions for a brilliant personal points haul.

And it is not just that result that left her positive for the future of the Hamilton women’s team.

They only played their first-ever competitive match in March 2019 - an 81-0 defeat to top side Hillhead/Jordanhill in the Sarah Beaney Cup - and their rise from that to March 15th the following year was very impressive.

“Everyone from all sections of the Hamilton club has been very welcoming to us and whenever we had a chance to play home matches at Laigh Bent, there was always a decent crowd down cheering us on,” Snaddon, a 25-year-old Software Engineer, explains.

“Aiden and the senior players have created a great environment for people who are new to the sport to come into while we are a sociable bunch and I think that has helped us attract new players and build from there.

“We really were making improvements as we headed into lockdown and everyone has been trying to stay as fit as they can in the last year whilst working on their skills as they have been able to.”

Now mainly a stand-off, Snaddon played rugby when she was around 10 or 11 with the boys at Hillfoots Rugby Football Club before she switched to football.

She then played football for a number of years - she was a goalkeeper - before a love of rugby was rediscovered at Strathclyde University.

“I took up rugby again in my second year at Strathclyde and it was brilliant,” Snaddon recounts. There are good links between Strathclyde and Hamilton and I was keen to continue playing social rugby after my studies and I am very glad I chose the club.

“We have all grown together because we were a new team. There have been ups and downs, but definitely more positives than negatives to take from the whole experience so far.

“As I had been a goalie in football, putting my foot through the ball was something I was used to, so as things moved along at Hamilton, I became the kicker for the team.

“In that last game against Ardrossan, it felt really good to get 11 conversions to help the team - although I am sure I will be quite nervous when I line up my next penalty or conversion in a competitive game because it will have been a while!”