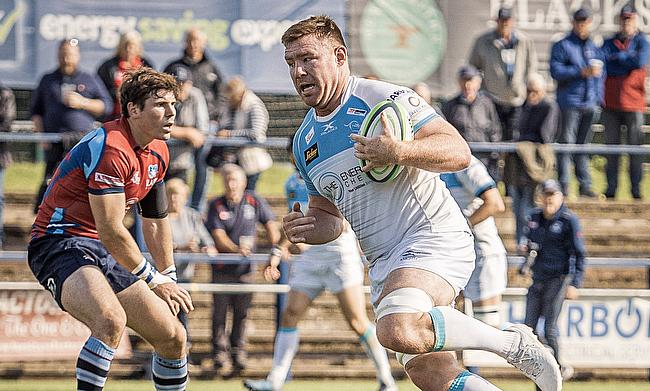 In recent weeks, Talking Rugby Union has talked to some of the Greene King IPA Championship’s most high-profile players. Ollie Stedman is just that.

Having played the majority of his rugby in the Championship since becoming a professional player in 2007, Stedman is without a club for the first time in his career.

Due to make a move to France, the rug was pulled from under his feet. He received a concise email from the club’s president, despite having already signed a contract, and now Stedman is on the look for work and a club in order to make a living next season.

“From what I understand, with what is going on with a lot of boys around the clubs, there is some pretty bad things happening,” Stedman told TRU. “I know boys across the Championship have had their contracts torn up or being forced to take very big pay cuts, which when you are in the Premiership on massive money, is not as big a hit as when you get paid little in the Championship.

“To then have 50% of that taken away from you is pretty tough and I think generally, the market out there for rugby is pretty poor. I think it is a very tough time to be out of contract. Even for some boys who think they are in contract, their clubs are struggling, financial situations aren’t the best. It’s difficult to say the least.”

Having worked for spells during his playing career, this the first time that Stedman has had to consider having a full-time job, with rugby being second fiddle.

Of course, the job market has also been affected by Covid-19, meaning that this task has become even harder. Still, Stedman is uncertain of exactly what the future holds, with there being a likelihood that his career has come to a close in circumstances that would have been unanticipated by many this time a year ago when players were walking through training ground doors for pre-season.

“I guess you have got to prepare for the worst, and then if the best does come through and I was able to get a really good contract, then brilliant,” Stedman said. “Right now, I am preparing for the reality that rugby at a full-time level could be done. I have had offers to stay full-time, but quite frankly, compared to the money in previous years, a lot of them aren’t worth playing for.

Incredibly frustrating and disappointing when a deal falls through days before you’re due to fly over for a medical.

Back to the drawing board but still optimistic #rugby #rugbyunion pic.twitter.com/FvmUWD7Kjb

“I can’t quote what boys are getting offered for putting their bodies on the line and I think they are transitioning to play semi-professional rugby as it is the next logical step. Saying that, the job market at the minute for every traditional job is just as bad as rugby is. Everything is up in the air and I am preparing for the worst. I have definitely got one eye on the future and the career after rugby.”

Citing the scrapping of the Championship play-off as a reason for less eyes on the competition as a whole, Stedman feels the league is in a state of transition. Following funding cut announcements in February, several more Championship clubs are going semi-professional and the backrower says that sides have been in need of a rethink for a while.

Within Championship contracts, there is a 12-week injury clause meaning that clubs are allowed to release players should an injury, or accumulative injuries, exceed this timeframe. In pre-season, Stedman was rehabbing from an injury sustained at the close of the 2018/19 campaign, before a season ending injury in January resulted in the 29-year-old being asked to leave South Yorkshire.

“I had signed a two year contract at Doncaster, looking pretty good, and then I snapped my ankle in February and Doncaster handed me my notice,” Stedman said. “Even though I had 18 months left on my contract and quite a substantial amount of money left on it, essentially I was told to pack my bags and that was that.

“That is the ruthless nature of Championship rugby, where player welfare is really at the top of the list of priorities. In my opinion, personally, I think it is disgusting. Not just from my own experiences, but from having seen other boys over the last 10 years.

“If you ever ask a man to put his body on the line, and for a lot of boys it is not very much money, and if he gets injured wearing your club shirt and you turn around and say that you will not support them, I think it is disgusting. You could understand more if players were missing an entire season, but then you have been out during the off-season, you think it is not a problem.”

The 12-week clause has often been a bone of contention for players in the second division. Funding cuts have seen clubs be ruthless, trying to find the best way to be financially viable so that they will still exist in the next 10 years. Whilst some have welcomed the changes, for others, the division between the Premiership and Championship has been widened.

Next season, Saracens, Ealing, Doncaster, Jersey, Coventry and Bedford will be professional, whilst the Championship's other six sides will not be. Many expect there to essentially be two mini leagues taking place, the professional sides making up the top six, the non-pro teams making up the final places.

In a recent interview with NCA Rugby, CEO of the RFU Bill Sweeney said that there was not enough money to run a fully professional second tier of rugby. Suggesting that £25m would be roughly the figure needed, Sweeney instead is looking to the gap between National One and the Championship closing.

As a result of this, the community game and Championship can become a better place to develop players long term. What this does not address is the overall competitiveness of the Championship, with many seeing ringfencing as the only real logical option.

“The demands of the Championship are still very intense,” Stedman said. “You are asking boys to play against the likes of Ealing, Newcastle, Saracens or whoever comes down when you have been working for a full day. For some clubs, like Richmond, who did it and it worked really well, at what stage does that give way?

“Some of the clubs in National One offer pretty competitive packages to boys to play part time and help a lot of them with transition to a new career. I know that London clubs in particular are good at that. We have to ask ourselves; what is the incentive these days to play Championship at a semi-professional level?

“I think a lot of players are making a decision where they are looking at other options and seeing that they can make a similar amount of money playing in National One or National Two and when it comes down to the decision for them, whether it is worth it to have that level of commitment in the Championship. The powers that be have made the decision that they see fit, as players it is difficult to get that change.”