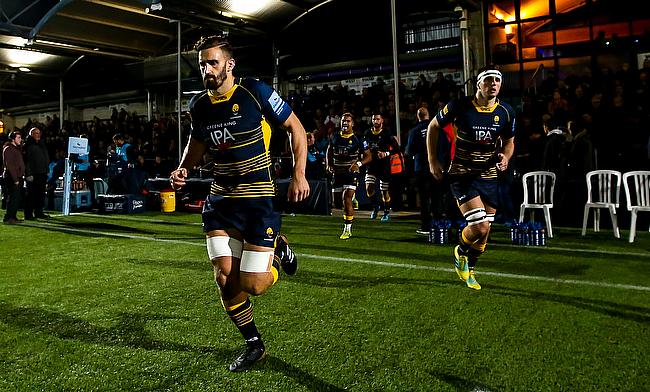 Toby Freeman on a year in the top-flight and the Championship 'grind'
Chinnor Director of Rugby Richard Thorpe: 'This was a perfect opportunity for me'
Hinckley confirmed in National Two South
The National Leagues: The Next Steps?

Having left professional rugby this time last year, Carl Kirwan is moving clubs once more as he will be lining up for Nottingham in the Championship next season.

At the start of the coronavirus pandemic in the United Kingdom, Kirwan was made redundant from his role as a site manager for a construction company also owned by Chinnor benefactor, Simon Vickers.

After posting what had become of him on LinkedIn, Kirwan began his search for a new team. Now having signed a contract with Championship outfit Nottingham, the club has also helped the Durham born flanker find work in the East Midlands, so that he can carry on his development in the construction industry.

“I took a little bit of risk for what should have been a more stable life,” Kirwan said. “At the time that I left Worcester, I had a couple of offers knocking around in the Premiership and Championship that were full-time, but Chinnor offered a job, which for me was going to be more long-term. Rugby doesn’t last forever, so I was telling myself this was the sensible move.

“I was coaching as well, so that added to the aspect of me working up the coaching ladder and getting a trade behind me. For that to just be taken away after you have made such a big commitment is pretty heartbreaking to be honest. You are just left with nothing and you are trying to start all over again.”

This last year and especially the last three months has easily been the hardest time of my life . July 2019 I left pro/ full time rugby ( that hits hard ). Then corona hit and I’m made redundant from my job. ........

Having been a professional rugby player since 17, Kirwan never went to university and instead, he plied his trade in the Championship with Rotherham and London Welsh. After suffering relegation in 2015, his next move saw him link up with Worcester, where we played for four years before he turned his thoughts to life after rugby.

“People talk about it and people come in from the RPA  and tell you that you need to start thinking about life after rugby but no one actually ever gives you the tools to think about it,” Kirwan said. “I didn’t go to uni, anything like that, I just carried on into rugby and I was pretty naïve not to do enough behind the scenes to help my transition.

“That’s when Chinnor stepped in and they offered me that transition that would have made it a lot easier. So, to put all of your eggs in that basket and then it be taken away from you is not ideal. It hit a lot of people really hard and it has had a negative effect on people wanting to come to the club because it’s rather fickle. There was no loyalty shown from anybody out there, so it is a tough one like that.”

Now returning to the Championship after six seasons away, the landscape is completely different. After funding cuts were announced in February, Nottingham are now a semi-professional side. Kirwan believes that although there will be certain teams always at the head of the Championship, he believes the semi-pro model is a good one for the second tier of English rugby.

“It is not sustainable the way it is at the moment, clubs are just getting into more and more debt and for me, the big draw that Nottingham had is that they seem to have their heads around it,” Kirwan said. “They are not throwing huge bags of money around, they are trying to create a stable environment that is sustainable for a long period, getting lads into decent jobs.

“I have been through the Championship and there is always one, two teams that pay reasonably well. This year coming that will be Saracens and Ealing. You have your top two there and then there will be a little league below them. It will just be a really strange league. I was involved with London Welsh when we got promoted and the step up in money alone was ridiculous.

“London Welsh couldn’t cope, that was quite obvious in the way we performed on the field. They couldn’t keep up with the big players, so I think that is the way the two leagues are going to be completely separate.”

Many Championship clubs are still in the dark about when their season is starting. With Saracens due to fulfil their Premiership commitments, second division sides are unsure when they will be starting their seasons. As a result, Kirwan is still uncertain when he will be joining up with his Nottingham teammates, but the 29-year-old is looking forward to his move up a division regardless.

“I think we could get a good, strong squad together and they are in contact with a lot of other experienced players at the moment,” Kirwan said. “I think we could be pushing up that mini league I spoke about. You are going to have your big dogs at the top and I think we can start pushing up there for sixth in the table.