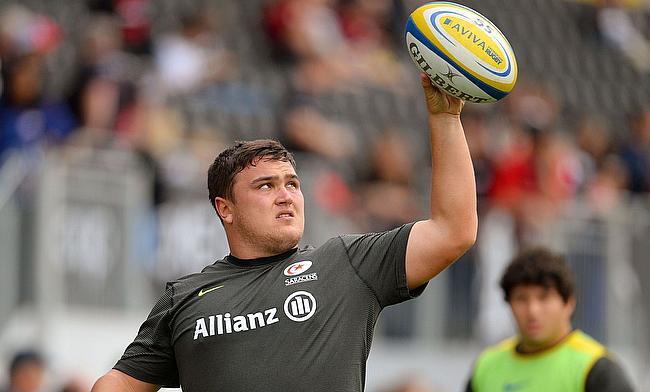 Jamie George has been with Saracens since 2009
©PA

Saracens have confirmed that England international Jamie George has penned a long-term contract extension with the club.

The 29-year-old is a product of Saracens Academy and went on make his senior debut in 2009 and now will remain with the club until at least 2023.

George has featured for Saracens 226 times including 152 Premiership games and has been an integral part of the club's success winning five Premiership titles and three European Champions Cups titles.

“I couldn’t be happier to have signed for a few more years,” he told the official website of the club.

“I well and truly believe Saracens is my home and the way the club have looked after me over the past 10 to 12 years has been unbelievable.

“Another big reason for me signing is the group we’ve still got at the club. We’re a stronger group than we’ve ever been.

"This is probably the most exciting period I’ve ever been involved in with Saracens in terms of the regeneration, the rebuilding structure, people going out on loan and coming back and the challenge of playing next season in the Championship.

“I could never really picture myself playing anywhere else, this is home and I’m really happy.”

George has played 49 Tests for England since his international debut in 2015 apart from three games for the British and Irish Lions that came during the 2017 tour of New Zealand.

“It is difficult to put into words the impact that Jamie has had on our club," said Saracens director of rugby Mark McCall.

“Early in his career he showed great patience and a willingness to learn and it has been a privilege to witness him develop into the outstanding player and leader he now is.

“Jamie is a great teammate who sets an incredible example with his drive to get better and his genuine care for the people he works with. He will play a vital role in the exciting challenges ahead and we are thrilled he has committed his future to Saracens.”