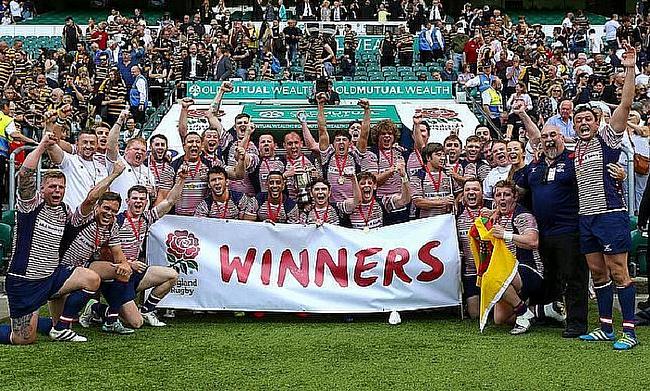 TRU at The Virtual Rugby Show: Guy Thompson and Tom Cruse on grassroots rugby
Return to competitive playing for 2020/21 - Update from the RFU
New NCA Chairman John Inverdale: We want to broaden the appeal of the National Leagues
Community game is yet again in the dark after Premiership announcement

Next year's County Championship has been cancelled by the RFU and will now not return until 2022, according to BBC Sport.

The 2020 competition was called off due to the coronavirus pandemic and now the 2021 championship will follow suit after the RFU made 139 staff redundant across the country due to the financial impact of Covid-19.

As we well know, the County Championship gives players from clubs in National One and below the chance to represent their region at Twickenham and Cornwall RFU chairman Dave Saunter reacted to the decision on BBC Radio Cornwall.

He said: "The county game has taken a bit of a hit. It affects us slightly financially, but more importantly it's denying the guys a chance to pull on a county shirt.

"Down here we don't have a Premiership side, so Cornwall are our flagship side. Our players from Redruth, Camborne and alike are aiming to get into that Cornwall shirt and unfortunately for two years they won't be able to in a County Championship."

Lancashire head coach Mark Nelson also told The Times in an a community rugby based article: "You worry big time about the future. If all 13 Premiership Rugby clubs went bust, the game would still exist. If the community game imploded, broke away, lost funding, the game would cease to exist.

"I said to Bill Sweeney, you have got an infrastructure that no other sport has got in this country. If you cut out any more from the support system it is actually self-harm. The RFU would be self-harming. I believe Bill Sweeney wants to stop that but these committees have got to think long and hard about how their decisions impact on the community game."

Check out ncarugby.com's chat with RFU CEO Bill Sweeney where he discusses the community game