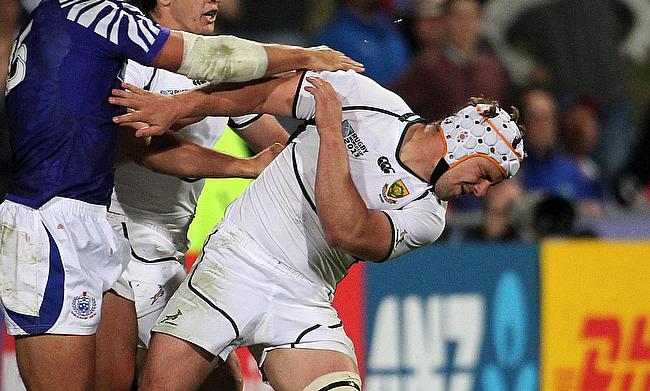 The 33-year-old started his professional rugby debut with provincial side Free State Cheetahs in 2006 and a year later made his Super Rugby debut with Cheetahs before switching to Japanese' Top League side NTT DoCoMo Red Hurricanes in 2013. Overall, he has racked up over 200 appearances scoring 39 tries for the South African and Japanese sides combined.

Brussow's association with the Saints started in 2018 and has made 21 appearances for the Franklin's Gardens outfit in the last two seasons including 13 Premiership games but constant injuries hampered his involvement in the game.

“I feel very proud to have represented a Club like Saints which has such a rich history and the passionate support of Northampton behind them,” he said.

“I came to Northampton after spending a long time in Japan, looking for a new challenge and to push myself here in England. But I have been battling injuries for some time now and I have made the very difficult decision to call time on my career.

“I want to say thank you to all of Saints’ loyal supporters who have done nothing but offer encouragement during my time here. I wish I could have pulled on this famous jersey more often for them, but unfortunately injuries have prevented me from doing that.

“I also have to thank my teammates and all the medical staff at the Club for everything they have done for me, as well as my wife, my family and friends who have been by my side throughout my career – I am truly grateful.”

Brussow has also featured in 23 Tests for South Africa and was also part of the 2011 World Cup squad with his last appearance coming in 2015. He also featured for Barbarians in 2014.

“Heinrich is a great rugby player, a great man, and was a complete professional on and off the field. He played in an era of great openside flankers, and at his best he was at the very top of the class," said Northampton Saints director of rugby Chris Boyd.

“The young loose forwards at Saints, especially Lewis Ludlam, have benefited greatly from him passing on his considerable knowledge to them.

“Heinrich has been to the top of the high-performance mountain and seen the view – unfortunately a succession of injuries have prevented him physically from climbing that mountain any longer.

“The frustration of not being able to consistently perform for himself and for Saints has prompted him to retire, but the decision not to let others down is a true mark of the man. He wants to be able to play at 100 per cent, or not at all".