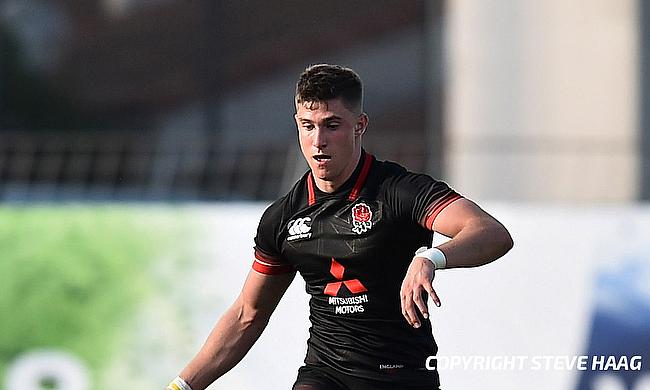 James Grayson kicked the decisive penalty kick in the final minute as Northampton Saints edged out Saracens 25-27 in their Gallagher Premiership clash at Allianz Park on Saturday.

The second half was all a battle between the two fly-halves with Ben Spencer kicking three penalties but a double three-pointer from Grayson proved just enough for the Saints.

The opening 15 minutes saw Spencer kick back to back penalties to take Saracens to a 6-0 lead but the Saints bounced back hard with a try from David Ribbans that was improved by Grayson.

The momentum once again shifted towards the home side with Matt Gallagher crossing over in the 29th minute with Grayson kicking a conversion and a penalty on either side to take Sarries to a 16-7 lead but back to back tries from Rory Hutchinson and Henry Taylor ensured the Saints had a 16-21 lead before the break.

As both the teams were desperate for points in the second half but Spencer three penalty kicks took Sarries' tally to 25 points with Grayson's solitary three-pointer meant the gap between the teams remained at one point before the Saints fly-half with his second penalty kick in the 80th minute ensured a thrilling win for Chris Boyd's side.

"It was a significant match for us in that there were parts of the game that were good for us that weren't always good last year. We defended really well in patches," Northampton Saints director of rugby Chris Boyd.

"After half-time when we conceded nine points in penalties we had a young leadership group who steadied the ship, got some territory from them and won a shot at goal to win the game. It was pleasing.

"I've got a lot of faith in Jimmy (Grayson) in the crunch times when he needs to kick a goal for us to win.

"He generally did a good job at that last year and I was pleased with his organisation and game management here. To kick that at the end was pretty good."