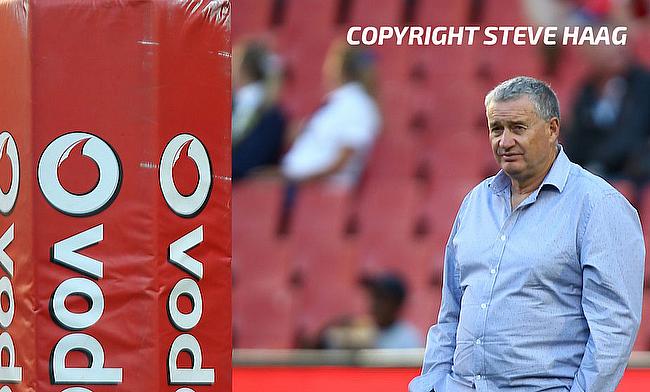 Northampton Saints have confirmed lock David Ribbans has signed a contract extension that will see him with the Gallagher Premiership at least until 2022.

Ribbans started his career with Western Province in 2014 having born in South Africa and is qualified to play for England after being part of the Saints since 2017. He has made 47 appearances for the Franklin's Gardens outfit including 31 Premiership games.

“I’m absolutely delighted to be signing on again with Saints; I’ve thoroughly enjoyed my time here so far and it’s really exciting to think I have at least another two years here at Franklin’s Gardens,” he told the official website of the club.

“The town now feels like home to me and on the pitch last year we took some huge strides forward in our first season under Chris.

“This is a really talented group of hard-working guys and the atmosphere around the Club is special. We know we can continue to improve and there’s nowhere I’d rather be playing my rugby at the moment.

“So, I’m thrilled to be staying and I hope I can reward Northampton’s loyal supporters with some more silverware over the next few years.”

Meanwhile, Northampton Saints director of rugby Chris Boyd was delighted with Ribbans committing to the club.

“David is a really important signing for us; he was one of the Club’s most consistent performers last season and we’re extremely keen to continue nurturing our young, English-qualified talent here at Franklin’s Gardens.

“I’m confident he will continue to prove himself a key player for us. His attitude in training is second to none so we’re really glad he’s bought into our long-term goals for Northampton.”