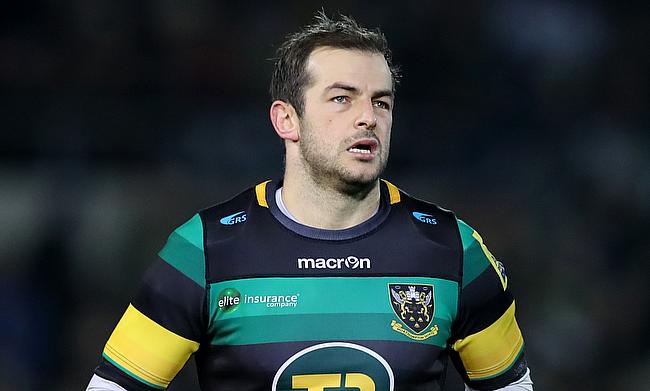 Northampton Saints have registered their third consecutive victory in the ongoing season of Aviva Premiership after they defeated Bristol by 32-26 at Franklin's Garden on Saturday.

The Saints had to resist a brilliant 21-point effort from Bristol fullback Jason Woodward to secure the six-point win.

Northampton Saints number eight Louis Picamoles scored the first points in the game when he crossed over in the 13th minute while fly-half Stephen Myler added the conversion.

However, Bristol bounced back strongly with Mitch Eadie strolling past the post while Woodward scored two penalties and a conversion to take the visitors to a six-point lead.

The momentum once again shifted towards Saints after hooker Mikey Haywood touched down in the 33rd minute and at half-time the home team managed a slender one-point lead.

Flanker Tom Wood extended Northampton Saints' lead in the second half with a 44th minute try but a solo effort from Woodward saw the fly-half score a penalty and a converted try to level the score 21-21.

Centre JJ Hanrahan secured the bonus point for Northampton Saints with his try in the 54th minute but Woodward was relentless and brought down the gap to two points with his fourth penalty which came in the 59th minute.

Just when the game was heading for a tight finish Myler's penalty and Harry Mallinder's drop goal in the final 10 minutes proved enough for Northampton Saints, who registered a six-point victory.

"There was an air of frustration afterwards, but we will take the win.

"When we scored our third try there was a time where we thought we were going to go away from them and then we lost the ball about 30 metres from their line, it might have been Alex Waller, and from the resulting scrum they had the chip-kick and scored under our posts.

"Credit to Bristol, they are a much-improved team from the one we beat in the second game of the season. Fair play to the job Mark Tainton has done over recent weeks.

"They have picked a more mobile team and Woodward is an addition for them, plus they are getting the best out of Tom Varndell, they looked to feed those two today and it nearly paid off."