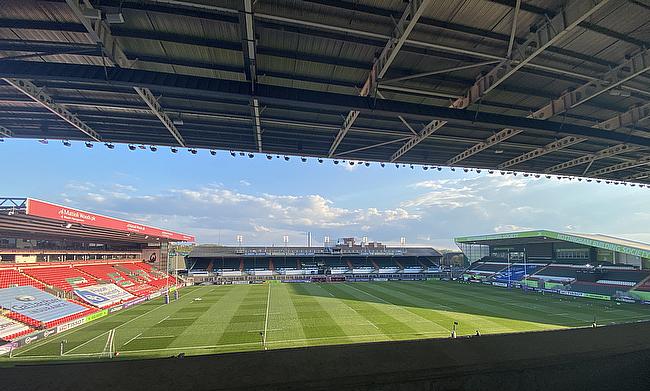 We’ve been running out of superlatives in recent weeks to describe Leicester Tigers.

So far this season Steve Borthwick’s men have been nothing short of magnificent. Finding a way to win matches, even when the odds are against them, the consensus has generally been that one of the staples of English club rugby were back to their best.

Now the club will enter 2022 under a cloud, instead of basking in the sunlight of their own brilliance. The allegations against the club are historic, although the investigation into wrongdoings will specifically look between 2016 and 2020.

There have been said to be ‘off-book’ payments made to players through the medium of a third-party image rights company. Should Leicester ultimately be found guilty, then suspensions for players and staff, fines, automatic relegation, and points deductions can be applied to the side.

It was only two years ago that Saracens were experiencing a similar investigation, although their wrongdoings were seemingly more significant. This was largely seen through investments by the club’s owner, Nigel Wray, into businesses with some of his star players, including Richard Wigglesworth, Maro Itoje and the Vunipola brothers.

Even in the case of Saracens, an imagery rights company was a matter of interest, a company owned by Itoje invested in by Wray for £1.6m, supposedly £871,000 over the valuation given to the company by an independent accountancy firm.

During the investigation, it was deemed that Itoje was being paid in his normal salary, therefore outside investment was used to circumvent the salary cap.

Third-party image rights companies were at one point commonplace in the Premiership, paying players through their limited companies in order to avoid the cap. These payments are now made directly to the players, but separately to their main income so that tax payments are not as high, but do count towards the cap.

Leicester Tigers are aware of allegations made against the club regarding historic image rights payments.

In the case of Leicester Tigers, the enquiry is primarily focussed on the club’s relationship with out of business Worldwide Image Management (WIM), which was based in Derby. Justin Paige and Tony Lymn were directors at WIM, with Paige having also acted as the secretary for limited companies owned by former Tigers Geordan Murphy and Tom Croft, whilst Lymn describes himself as one of ‘the country’s leading tax specialists’.

Image rights can, and have, proven to be particularly valuable to sportspeople as setting up an image rights companies allow individuals to avoid National Insurance payments and are taxed at corporate rates as opposed to income tax.

In addition to this, non-domicile players get an extra benefit as payments made to offshore accounts are exempt from UK tax laws. With Premiership Rugby’s salary cap manager, Andrew Rogers, able to look back up to the last five seasons, this will largely be looking at the time Simon Cohen was CEO of the club.

There is added irony too, that much of the investigation will be looking at the side’s least successful period prior to Steve Borthwick’s introduction as head coach and Andrea Pinchen’s appointment as chief executive.

The 42-year-old went on to say that he thought this most recent development was another galvanising factor for this group of players. Citing the lockdown period that the city experiences, Covid outbreaks that have meant training has been shut down and games called off, it is difficult to argue with the Cumbrian. Not that you’d want to anyway.

Fans will have thought that the news of George Ford and Ellis Genge’s departures next summer was bad enough, this another deafening blow to a fanbase that enjoyed a last-gasp Boxing Day victory over Bristol Bears at Ashton Gate.

High-profile losses at each Premiership club should be in some ways expected, the cap reduced to £5,000,000 for the 2021/22 season as a result of the effect Covid-19 has had on clubs, with Vincent Koch’s departure from Saracens having been announced in recent weeks.

What Leicester Tigers should be expecting should transgressions be found is somewhat up to debate. Everything is on the table, but would the enforced relegation and a 105-point deduction that Saracens received be warranted?

Missed the drama? You need to catch up, highlights and full match replay here ?? https://t.co/xAFyRV7Cpq pic.twitter.com/meS05y7Tfd

In late-2019 when the Saracens story emerged, there was always a mental image of several clubs being outraged at the front of the room, whilst several other sides were shredding paperwork at the back of the same room.

There is even a part of you that is hardly surprised, having heard stories of players going out on loan for several weeks to offload wages and players spouses being employed and being paid over the odds for roles within the club, increasing the household's earnings significantly.

More than anything, Saracens were made an example of. Their relegation, fine and points deduction was to set a precedent for future infringements as opposed to historic ones, cleaning the slate for all sides moving forwards.

This revelation about Leicester even adds a bit of context to the changing of the guard in the boardroom and possibly why several senior players decided to leave the East Midlands for pastures new when cost-saving deals were offered to them across the Covid period.

Tigers have always had a place in many people’s hearts, largely thanks to the contingent of players that helped England to a World Cup title in 2003. Martin Johnson, Neil Back, Dorian West, Julian White, Ben Kay, Lewis Moody and Martin Corry all played a part in the team’s success, their names etched into the history books forever more.

Attention will firmly be on Mattioli Woods Welford Road on Sunday afternoon when Leicester play host to Newcastle Falcons. Looking to maintain momentum at the top of the table, outside noise will have to stay as just that.