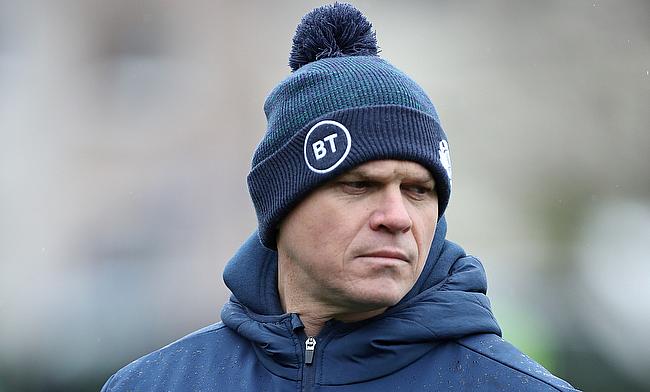 France head to BT Murrayfield on Sunday on a high.

They are back to their swashbuckling best under the promptings of head coach Fabien Galthie and the defensive maestro that is Shaun Edwards.

With two matches to go in the Six Nations, they are still on for the Grand Slam and next up it is a visit to Scotland.

Gregor Townsend’s side stand in their way in round four and, although it was far from perfect, the Scots got a confidence-boosting win in Italy two weeks ago. So, what must Scotland do to stop the French juggernaut?

Six things Scotland must do to end the French revolution

Get a solid platform from the set piece

There is no doubt that Scotland’s new scrum coach Pieter de Villiers, the former France player, has made a difference with the forwards in a short space of time.

Too often in recent times the Scots have, ultimately, been ‘beaten up’ up front by opponents and you cannot win rugby games when that happens. They are a different beast now and must show their teeth.

Sutherland and Fagerson need to shine

Following on from the above point, Scotland front-rows have sometimes been accused of being ‘too nice’, but in the current starting props, they have two guys with points to prove who you feel still have their best years ahead of them.

Listen as Zander talks Guinness Six Nations, being a new dad and on the French opposition. #AsOne pic.twitter.com/rofjhX8oyA

Loosehead Rory Sutherland is 27 and, back in the international fold after injuries and loss of form, is making up for lost time while tighthead Zander Fagerson, still just 24, looks a different animal at the top level these days.

We all know how French half backs Antoine Dupont and Roman Ntamack love to snipe and seize a gap at any opportunity off first phase ball and, to that end, Scotland’s ‘clockwork mouse’ Hamish Watson in the number seven jersey will have to keep his eye on the tricky duo and help out his own number nine and 10 - set to be Ali Price and Adam Hastings - defensively.

France No.8 Gregory Alldritt has been one of the stars of the tournament so far and with the way he decimated Scotland in Paris last year and the fact that he has Scottish family links he is likely to be right up for this one.

Scotland, led by defensive leader Jamie Ritchie from the back-row, cannot afford him to get on the front foot and free his arms or there could be problems.

Develop their own attacking game

Yes, Scotland will have been looking at ways to stop France playing this week in training, but on Sunday they will also have to put their own stamp on the game in an attacking sense.

We have seen fleeting glimpses of what Townsend’s men are trying to do going forward in the first three rounds, but at home, they have to be much more clinical and assured about things and aim to pose the French different questions than they have faced to date in the competition.

Take confidence from trio of wins

While Scotland have struggled for many years to get results in France, they have defeated them the last three times they have played them in Edinburgh.

Those victories in the 2016 and 2018 Six Nations tournaments as well as last summer in a World Cup warm-up game should give the current crop of players a blueprint on how to disrupt an - albeit improving - French squad.

Scotland know they have it in them to win games like this while this young French team may be starting to feel the pressure of the favourites tag. Home captain Stuart Hogg and his side have to really take the game to the opposition.