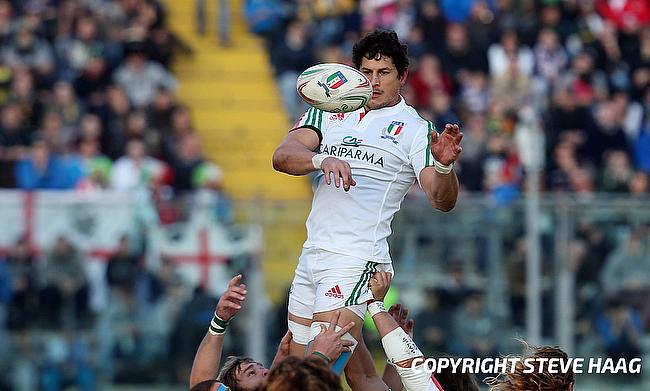 Italy head coach Franco Smith has made a solitary change to the starting line-up for the upcoming Six Nations clash against Scotland to be played at Stadio Olimpico on Saturday.

Alessandro Zanni has been recalled at lock replacing Dean Budd, who now drops to the bench. Zanni has played 118 Tests for Azzurri since his debut that came in 2005 and featured for the side in the tournament opener against Wales.

There are also two changes on the bench with Federico Ruzza and Jimmy Tuivaiti dropping out of the matchday squad and their places have been taken by Budd and Marco Lazzaroni respectively.

Italy are at the bottom of the Six Nations table after losing both their opening games and their last victory in the competition came way back in 2015.