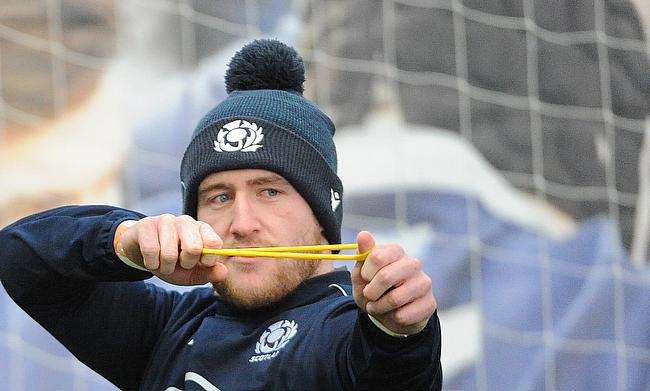 There is no doubt that Italy’s interim head coach Franco Smith will have had February 22 circled in his diary for some time.

While he certainly will not have written off his side’s first two Six Nations matches in Cardiff and Paris as unwinnable, he will have known that, as has been proven, they were tough assignments.

This Saturday is his first home match in charge of Italy and the Stadio Olimpico will be bouncing as Gregor Townsend’s Scots - who are just as desperate as their hosts for a win - come to town.

The Italians will sense apprehension in a Scottish squad without Finn Russell and without a try in the opening two rounds in defeats to Ireland and England.

So, what must Townsend’s men do to make sure they return to Edinburgh buoyant rather than with their tails between their legs and staring at a wooden spoon?

Six things Scotland must do to avoid a fall in Rome

Take the wind out of the Italian sails early on

Smith and the rest of his coaching staff, along with the fervent home support, will have Italy’s players buzzing before this one. They will come out of the blocks with real intent so Scotland have to be ready for that, front up physically, play sensible rugby in the early exchanges and exit clinically to get a foothold in the game.

Get Rambo back to his best

In the last Six Nations Scotland hooker Stuart McInally was one of the best performers in the whole tournament, supporters from north of the border could watch his try at Twickenham against England for days. Since then the captaincy at the World Cup seemed to weigh heavy on his mind and he has had a few niggling injuries of late, but he has been handed his first Test start of 2020 and it would be good to see him at his dynamic best once again.

Get their ball carriers into the game

At their best the Scottish back-row of Jamie Ritchie, Hamish Watson and Magnus Bradbury - along with second-row Scott Cummings - can carry ball with the best of them, but we have not seen it too much so far in the tournament. On the flip side Jake Polledri, Sebastian Negri, Abraham Steyn and Alessandro Zanni will looked to do the same for Italy and that danger must be snuffed out.

There have been a few negative noises this week about the selection of Chris Harris at 13 for Scotland instead of Huw Jones. Many see it as a defensive selection by Townsend, but anyone who has watched Gloucester in recent months knows that he is a much better attacker than he seems to get credit for.

That said, Scotland need inside centre Sam Johnson and him to click early in this one because they are going to be busy boys in terms of getting Scotland over the gain line and, in all likelihood, in defence.

It sounds simple, but Scotland simply cannot pass up scoring chances when they get into the Italy ‘22’ this Saturday. Against Ireland and England there were encouraging signs in attack, but in that area of the field with the try line in sight too often Scotland were turned over or misplaced a pass and the opportunity had gone.

Captain Stuart Hogg also had a high profile gaffe against the Irish, but you feel the phrase ‘clinical, clinical, clinical’ will have been drummed into the squad this week whilst training on the outskirts of Edinburgh at Oriam.

The bench has a big part to play

As we keep hearing - and it is true - rugby at the top level is a 23 man game now and Scotland will certainly need numbers 16-23 to fire when called upon this weekend. If, as expected, Italy come flying out of the traps then by the 50th minute replacements are going to be needed to inject some fresh energy and see Scotland over the line and in guys like Fraser Brown, Matt Fagerson, George Horne and Rory Hutchinson they have the perfect kind of guys to do that.

Italy play Scotland at the Stadio Olimpico in Rome on Saturday (kick-off 2.15pm GMT / 3.15pm local time) and it is live on ITV / STV