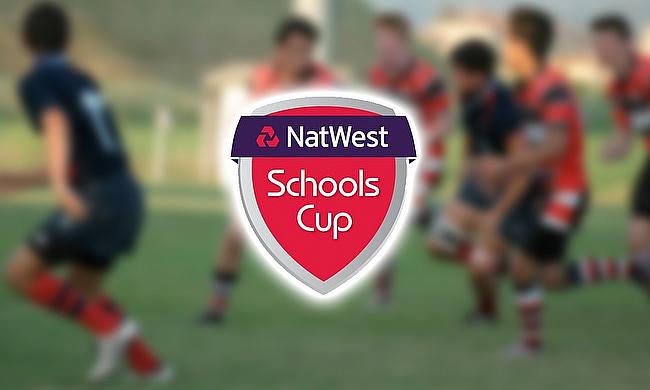 As we close in on the end of the school rugby season, four of the eight spots at Twickenham remain as schools go head-to-head for Natwest silverware across two age groups.

Two weeks ago, Warwick, Bishop Wordsworth’s, Royal Latin and Trent College all secured trips to the home of English rugby, having found success at Allianz Park on under-18s semi-finals day.

This weekend teams from the under-15s age group face the same challenge, as Wellington College take on Whitgift School and Ivybridge Community College face Warwick in the Cup, while Bridgewater High play The Thomas Hardye School and Dr Challoner’s Grammar take on Welland Park Academy in the Vase.

The four Natwest tournaments take place at under-15 and under-18 levels, each having two tiers of competition that culminate in Twickenham finals. The higher tier sees schools compete for the Natwest Cup, while the second tier is for the Natwest Vase.

The two teams stepping on to the hallowed turf in a fortnight’s time for the grand prize, the under-18s Cup, have both enjoyed free-scoring campaigns on their journey to the final.

Warwick School eased through to the Midlands A league final on 24 November, in which they edged past Oundle School 13-11 away from home. Before that, they had seen off Leicester Grammar, Loughborough Endowed and Stowe, putting 50, 55 and 38 points past them respectively.

In similar fashion, Bishop Wordsworth’s School kicked their cup crusade off with a huge 57-14 win away to King Edward IV School, Southampton, on 28 September. They then overcame fellow Wiltshire outfit Dauntsey’s School 27-7 and Pangbourne College 32-14 before finally getting a home tie. Facing Christ’s Hospital School, their quarter-final spot was obtained with a 41-22 win.

Bishop Wordsworth’s achieved a 34-24 win over The Judd School on 18 January, before stopping Bromsgrove from winning a third successive title by knocking them out in the semi-final with a 41-19 win. Warwick bested Felsted School on their own patch 30-17 to ensure their trip to Rugby HQ.

Royal Latin School are likely to pose the first real threat to Trent College, who have eased their way to Twickenham, in the final at the end of the month. Their closest scalp came in the semi-finals at Allianz Park, when they saw off Perse School by 29 points to 15.

Prior to that, they ousted De Lisle College 29-0 in the opening round, before winning 38-10 to Welbeck College. King Edward VI School Stratford came away from Derbyshire on the back of a 62-12 loss, which saw the victors travel to King Henry VIII School Coventry to win 39-9. Their biggest win of the competition came in the Midlands B division final, where they won 61-7 against Hereford Sixth Form College.

Royal Latin, who hail from Buckingham, also achieved some big wins in their regional league before reaching the national stage. They opened with a 64-14 victory over Waddesdon Secondary, before wins over Cokethorpe School, Dr Challoner’s Grammar and Sir William Borlase’s Grammar. Their regional final saw them nil Sheldon School away from home, scoring 48 points of their own.

They then defeated Taunton School by 28 points to 14 in their quarter-final, when Trent College beat Worksop College 29-6 at home. Trent then travelled to The Perse Upper School, coming away with a 29-15 win, while Royal Latin beat Silcoates School 31-12.

The first of these semi-finals sees Wellington College take on Whitgift School, both of whom have only suffered one defeat in all competitions this season; Wellington lost 38-7 to St Michael’s College Dublin in January, while Whitgift lost out to their semi-final opponents in a friendly back in September.

Wellington will be looking to go one step better than last year, when they lost out in the final to Sedbergh School. They won’t face the same opponents if they do get there, though, after Whitgift knocked out the reigning champions in the quarter-final, winning 11-5 away from home.

In the second tie, free-scoring Ivybridge Community College come up against Warwick School, who are the team to still have representatives in both age groups. The former average 49.5 points in their first four games in this competition, before beating Sherborne School 29-21, and Dulwich College 30-19 in their first regional tie.

Warwick under-fifteen’s campaign got underway with an emphatic 47-0 win away to Bloxham School, before putting 36, 27 and 49 points past Solihull School, Northampton School for Boys ad Denstone School respectively. Their regional final ended 34-5 in their favour over Cheltenham College, before beating Langley School by 27 points to nil in their first national encounter.

The most impressive defensive record across all four Natwest competitions comes from The Thomas Hardye School’s under-fifteens side, who come up against Bridgewater High School in their semi-final. They have conceded just three tries, and a total of 19 points, so far.

Their opening game saw them beat The Woodroffe School 50-7, before keeping Budmouth College at bay to win 21-0. A 50-7 win over Huish Episcopi Academy was followed by a 45-5 victory against Monkton Combe School, taking them to the regional final which they won 44-0 against Mounts Bay Academy.

The Dorchester side won a resounding quarter-final tie against Mill Hill School 46-0, while their semi-final opponents were busy securing a 24-10 away win over Ashville College. Prior to that, they put 43 points past Liverpool College, 45 past Weaverham High and 46 past Helsby High.

Their next two rounds were much closer affairs, edging past Bishop Heber High School by a single point and downing Bolton School 10-0. The Cheshire outfit’s first national away trip was rewarded with a 24-10 win over Ashville College to seal a trip to Allianz Park.

Dr Challoner’s Grammar enjoyed a similar campaign to that of Bridgewater, easing through the early rounds with 46-0, 47-12 and 54-5 wins in the opening three games. Their early form carried through to beat Parmiter’s School 26-19 and Samuel Whitbread Academy 20-14, to take them in to the national stages, where they overcame Beaufort Co-operative Academy 18-10 in the quarter-final.

Their opponents at Allianz Park began their competition with a bye, before overpowering Ashby Grammar to a 51-12 win. Carre’s Grammar were next to be outgunned in a 44-22 win for Welland Park, who went on to beat King Edward VI Five Ways by 57 points to 7, and Royal Latin School 29-10 in the regional final. That set up a national clash with Kent side St Lawrence College, which they won 28-14 to take them to a neutral semi-final in North London.