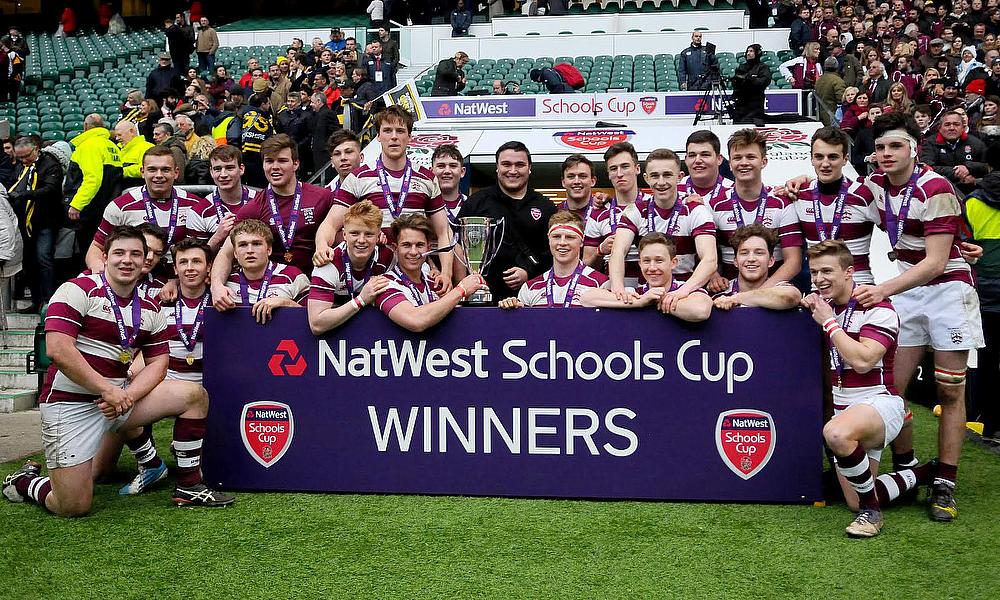 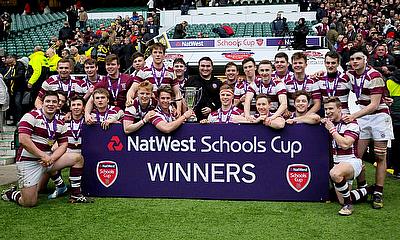 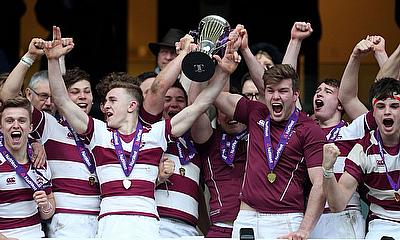 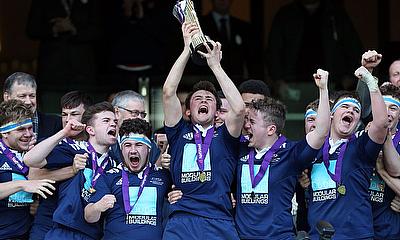 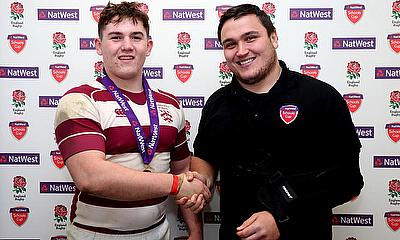 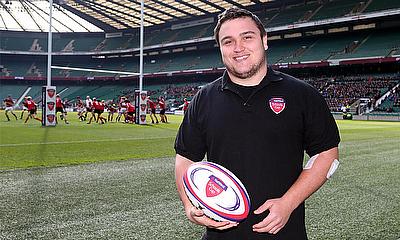 Bromsgrove have become only the sixth team to successfully retain the U18 Natwest Schools Cup, beating Queen Elizabeth’s Grammar School of Wakefield in the final at Twickenham.

Tries from Cooper Bent and Beck Cutting sealed the 18-10 win at the home of English rugby, while QEGS’ Joe Gatus and Nathan Youngs were also on the scoresheet.

In the earlier kick off, Northampton School for Boys secured the U18s Natwest Schools Vase, beating St Ambrose College by 17 points to 12.

Northampton had been runners-up in last year’s competition, but tries from Callum Inwood and Joshua Arimoro ensured they took the title this year.

In a quick start to the game, fly-half James Taylor gave the reigning Champions an early lead as he slotted a drop goal inside the first five minutes.

It took just 10 minutes for QEGS to reply though, and Joe Gatus finished off a fantastic move through the backs by diving in to the corner, making sure he stayed in play to score the first try of the game.

Nathan Youngs was the next player to carry over the line, as the QEGS forwards demonstrated their power in a driving maul before the tight-head prop dabbed the ball down.

In a bid to turn it around before the half time interval, Beck Cutting found his way around the corner of a ruck to score from close range, before Cooper Bent crashed over in the corner to finish a superb passing move, making the score 13-10 at the interval.

After the break, Cutting found himself scoring his second try of a man-of-the-match performance, as the lock took a quick tap penalty before finding his way to the try line.

As the referee blew the final whistle with the score at 18-10, Bromsgrove joined the select group of schools to have successfully defended the U18 Cup, including the likes of Dulwich College, Whitgift School and 6-time winners Colston’s School.

It took just 7 minutes for the game’s first try to be scored, as St Ambrose’s Ciaran Booth crashed over the line from the back of a strong lineout drive, before Jacob Daldry slotted the conversion.

Moments before the half hour mark Callum Inwood scored in a similar fashion to bring Northampton to within two points, before Sam Holliday’s conversion bought the teams level at half time.

St Ambrose were quick out of the blocks in the second half, and Connor Doherty showed off his great footwork as he made his way to the line, making the score 12-7 with 37 minutes on the clock.

With less than 10 minutes remaining, Alex Pittaway filled in at scrum-half to find Tupai in the pocket, allowing him to slot a drop-goal and extend Northampton’s lead, ultimately sealing the victory at Twickenham.