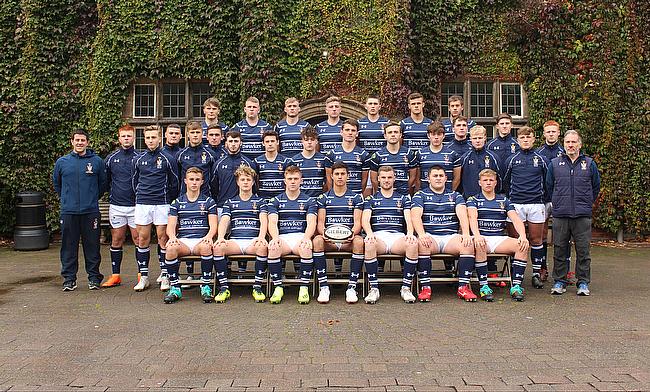 Head of Rugby Aled Trenhaile discusses Kirkham Grammar’s pedigree as well as player development at one of the highest-performing rugby schools in the country.

Aled Trenhaile is discussing Kirkham Grammar, and the attention which surrounds the school, when he alludes to a recent graduate.

"Kieran Wilkinson is an example,” Trenhaile says, referring to the 19-year-old fly-half who made his debut for Sale Sharks back in October. “There is definitely that spotlight on us in terms of rugby. I think there is a bit of pressure that comes with that as well, but that is also a good thing for young players like Kieran, if they want to go on to another level.

"I think, for me, the main thing is the development. It is really pleasing we have got so many players who are not just internationals, but people who are all playing rugby at a high level. We feel like we have played a bit of a part in their development which is pleasing."

Trenhaile is the ideal person to offer this insight, regarding the success of the school, because he is the current Head of Rugby at Kirkham and has been in the position for over a decade. It is interesting to hear him mention some of the players who have attended the school in years gone by and it all adds to the growing reputation of the institution when it comes to rugby.

For our latest #EmergingTalent article, we spoke to @wilkyxwilkinson about his breakthrough month at Sale, learning from 'the master' and developing at the AJ Bell.https://t.co/sytloxxXUf

When Trenhaile began his role at Kirkham in 2007, he oversaw the development of two of England’s Sevens stars; Dan Bibby and Richard De Carpentier. Since then, other athletes - such as Ireland international Kieran Marmion and Wasps’ Kieran Brookes - have graced the playing fields in Lancashire before deciding to pursue a career in the sport. All of this combined has just continued the school’s rich history of balancing an excellent standard of education with high level rugby.

“We started off with Dan Bibby and Richard De Carpentier,” says Trenhaile. “More recently, we have had Kieran Marmion who played against the All Blacks in November and we do have some young players, in particular Arron Reed, who have gone on to play for Sale Sharks’ first team this year. It is absolutely fantastic to see these boys, who have come into the school or come all the way through the school, reach the top level.

“I do also think the education is vital in terms of our rounded approach. Obviously, a lot of players don’t make it and therefore the education factor is important. I think our rugby foundation was set up by a gentleman called Mr Brian Gornall who was head of rugby here for a number of years. He coached England U18s as well so people like Alex Sanderson and Richard Wigglesworth came through with him so that foundation of rugby tradition was set then, but also that solid academic side as well.”

Trenhaile talks a lot about how important it is to take it step by step when helping a player progress because he is being realistic. Playing rugby doesn’t last forever. Trenhaile knows you cannot shy away from that.

It can change in an instant and having more than one career option besides rugby is something schools and universities are keen to stress. Attention has unsurprisingly been on BUCS Super Rugby in recent months with players such as Sam Skinner [Exeter] and Alex Dombrandt [Harlequins] combining a degree with university rugby before taking their respective steps into the professional game.

They will always have their education to fall back on if they are ever unfortunate enough to see their rugby careers cut short and at Kirkham, it is a principle which is key to their ethos.

"For us, it is a very difficult thing because the goal at the end is simple,” Trenhaile says. “A lot of the boys want to be professional rugby players.

“We try and make them a bit more rounded to make them realise that it is a really difficult goal, but it is still great to have a goal like that. If players are willing to keep learning, progress and understand the bigger picture, that is a positive for us.”

It is all about looking forward for Trenhaile and the recent influx of young athletes to graduate from the school means the hype has only increased surrounding the precocious talent Kirkham is continuing to develop.

The reputation of the school has seen a growing interest from Sale with the likes of Kieran Wilkinson, Arron Reed, Ted Leatherbarrow and Sam Dugdale all becoming part of the set-up at the AJ Bell in recent years while current Kirkham 1st XV captain Dan Kelly is also on the books of the Gallagher Premiership club. 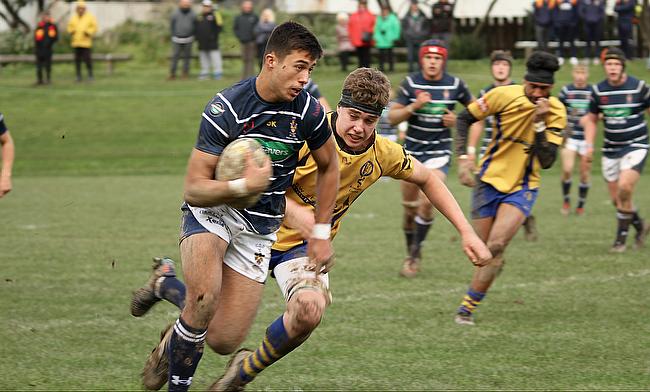 Not only that, players who come out of Kirkham are also experiencing the National Leagues which aids their development.

“That is a relationship [with Sale] that has grown in recent years,” Trenhaile says. "Sale have worked really hard to try and get an understanding of schoolboy rugby and therefore, both parties are all trying to do the best for the player.

“With the National Leagues and Fylde in particular, Warren Spragg has done a really good job there. He had a good look at some of our boys like Tom Carleton, when they were at school, and realised they were probably going to go to university, but also got them to play at Fylde at the same time. They are continuing to develop after school which is great.”

Trenhaile cites Sevens as another way which helps the progression of players at Kirkham: “I specialise in Sevens, but I think it is a fantastic game for developing young players,” he says.

“There is no hiding place! All the boys play whether they are props or second-rows, they have to play Sevens. We have probably learnt from New Zealand over the years. Their young players play Sevens regularly and I think it is a great way for developing for the future. All the boys like Kieran etc who we have mentioned, they have all played Sevens for us at Rosslyn Park.”

Kirkham continue to appear at the annual Sevens tournament at the Rock and it also attracts their ex-students such as Bibby and De Carpentier. Trenhaile says it has been nice to see the pair and other graduates continue to show their support for the school, but in return, they have also praised their former Head of Rugby.

“I don’t think they say I played a massive part in their journey, but they give me a little mention and I am quite chuffed when they do that,” Trenhaile adds. “When we have been at Rosslyn Park in the last few years, Dan Bibby and Richard De Carpentier have actually turned up for an evening meal with the boys. They have also turned up on the actual day and have been really supportive on the touchline.

“Richard [Wigglesworth] when he was at Sale, often used to come back into school during the summer holidays and do stuff and even join in with some touch rugby.”

The pedigree which Kirkham carries continues to increase as they help players develop and as they maintain their high standards, Trenhaile is keen to ensure the spotlight remains on one of the most highly-regarded rugby schools in the country.

“I think we have got ourselves a niche. We have had to go further afield to play fixtures, but I think that is one of the challenges. We will go anywhere and travel anywhere because we want to test ourselves. If you stay in a small area, you might be top dogs there, but if you go further afield, you are going to test yourselves and that gives the players a feeling of what it is like when they leave school. That allows the boys to develop and we want to continue this way."