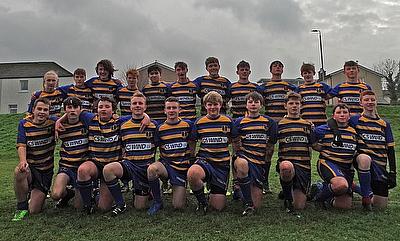 Highland RFC represented in Malaysia and Dubai
'That email came in February and by the middle of March, I was living in Budapest'
Scotland's Craig Jackson has had a summer to remember

On Wednesday, the Scottish Schools boys’ finals day takes place at BT Murrayfield - and there is no doubt that the under-16 teams from South Argyll Schools and Oban High School have gone the extra mile - literally - to make it to the big day.

Both teams will play on the back pitches at the famous national stadium in Edinburgh at 2pm when they take on The Royal High School and Galashiels Academy in the Bowl and Plate finals, respectively.

It is great to see a spread of teams from all across the country making it to the showpiece occasion, but it is especially heart-warming to hear the lengths that some of the South Argyll Schools team have gone to make it to this day.

“The bulk of the team come from, Campbeltown and Tarbet, but four boys from Islay have stayed overnight, spent hours travelling and taken early morning ferries to make sure they have been available for every tie to get to this point.

“Their families have probably also spent hundreds of pounds to make it happen and on Sunday just there, we had a training session in Lochgilphead which meant they left Islay early in the morning and did not get home until about 8pm.

“Due to the lay out of things here, even if we have a home game in Campbeltown, the lads from Lochgilphead have to travel an hour, the Islay contingent travel half an hour after a two-and-a-half-hour ferry and I need to get there from Oban so we are all making sacrifices to make the team work.

“For the final, everyone will be travelling down in force and with the Oban High School team - which includes some players from Tobermory High who also clock up some miles – we will be there for this showpiece occasion for schools rugby and it gives us a great platform to showcase the sport and its growth in Argyll & Bute.

“Shinty is the big sport up with us, but I think these knock-out runs have given rugby a boost and I have been very impressed.

“Also on Wednesday, we will see Scottish Rugby president Dee Bradbury who is from Oban and we are hoping that Scotland international Magnus Bradbury [Dee’s son who came through the ranks at Oban] will also be there and that will give the boys some inspiration.

Come along and support your Boys Schools Cup Finalists at BT Murrayfield on Wednesday 5 December!

“Both teams will face tough finals, but they are hard workers who will give everything and it should be a great day for the South Argyll Schools and Oban High School.”

After battling hard, but losing out in the Cup and the Plate, South Argyll Schools earned a bye in round one of the Bowl against Granton Grammar School.

In the last eight, they defeated St Thomas Aquinas from Glasgow 47-7.

After a stuffy start, South Argyll got on the scoreboard late in the first half with a Jamie Blair try followed by another quick score from Jake Gillespie.

The home side played outstandingly well in the second half with Gillespie securing a hat-trick of tries in what ended up as a comfortable win.

In the semis, they travelled to Eastwood Academy in Glasgow and just edged them out 24-22.

Euan MacArthur, Kyle Colville (2) and Aaron McAlister scored their tries in the victory.

Meanwhile, Oban High School beat St Thomas Aquinas in round one of the Cup before losing out 43-26 to Earlston High School in round two.

After some byes, Oban then faced Ardrossan Schools at home in the Plate semi.

With 50-60mph winds and torrential rain forecast, it was never going to be a straightforward plan for two sides involving both players from the Isle of Mull and the Isle of Arran.

Despite the weather, the underfoot playing conditions at Gencruitten were suitable for the game. Even with the rain and wind, both sides worked hard against the elements to produce an entertaining game of rugby.

Kenni Gray and Naithan McCulloch both scored two tries apiece for Oban in a 24-5 victory.

And that sealed their second consecutive finals day appearance after last year’s narrow loss in the Bowl final to Auchinleck Academy.