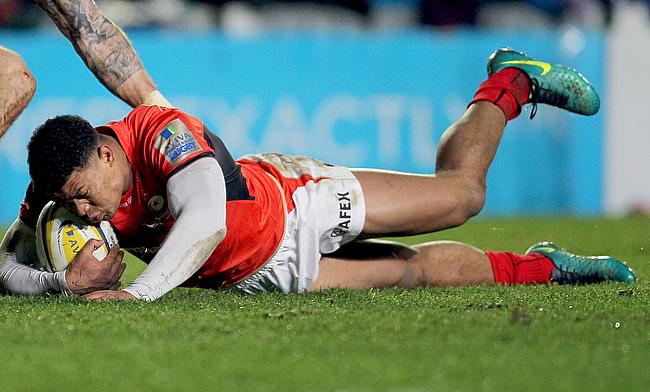 Newcastle Falcons have confirmed that winger Nathan Earle will join the Gallagher Premiership ahead of the new season.

Earle will head to Kingston Park after being part of title winning season with Quins during which he scored four tries from five league games. He started his senior career with Saracens in 2012 and went on to score a try during their Premiership final win over Exeter Chiefs in 2017.

Overall, the 26-year-old has played 53 Premiership games scoring 23 tries apart from another four touchdowns in 13 European games. Earle also went on to represent England during their game against Barbarians in 2017 and also had represented England at Under 20 and Under 18 levels previously.

He will follow the likes of his club team-mate Mike Brown, who also ended a stellar 16-year career with the Quins to join the Falcons.

"I'm really excited to be joining Newcastle, and can't wait to get stuck into pre-season on July 19," he told Newcastle Falcons' official website.

"My little brother and my best mate were both at university in Newcastle so I've been up there plenty of times, and have a bit of an insight into what the place is about.

"It's the second time I've left a team after they've just won the Premiership title, and even though I was injured for the semi-final and the final it was still a great period to be part of.

"Those two games were probably two of the best knock-out matches the league has ever seen, and it was great that we did it playing the Quins way.

"It was awesome for the boys who were able to play, but after a couple of days' celebrating I'm just looking forward now and getting excited about the prospect of being a Newcastle Falcons player."

"I had a couple of positive chats with Dean, and it was really his whole outlook on things which led me to believe that this was the best option for me.

"I feel like Newcastle is somewhere which is going to be exciting next season, and I'll obviously have familiar faces like Mike Brown who is making the same move, and Tom Penny, who I played with the season before when he came down to Quins.

"I'd like to think I'm a bit of an experienced practitioner now, and hopefully I can help what is already an incredibly dangerous back three.

"The Falcons have got loads of quality there, and we can really push on next season. I don't think we're a bottom end of the table team by any means, and it's just an exciting prospect to be up there."